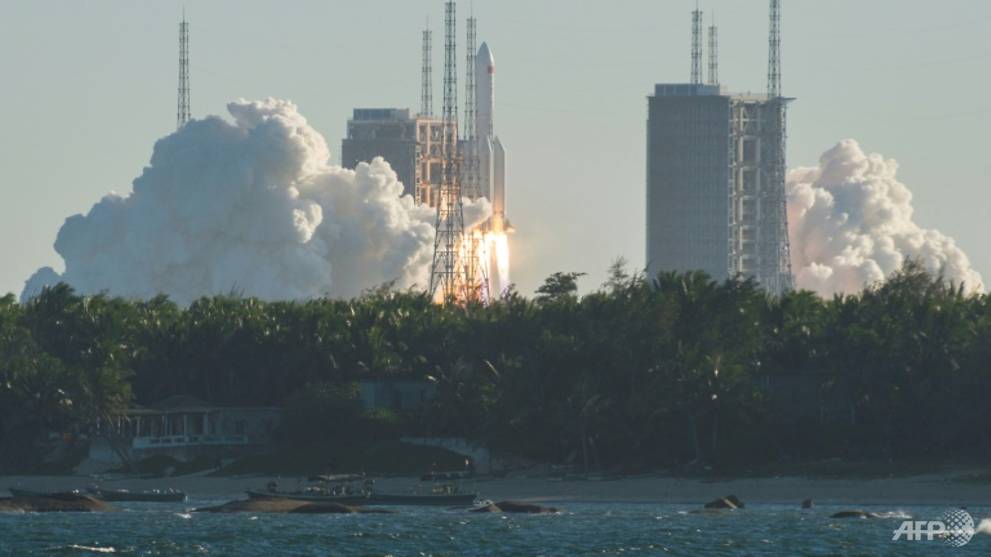 BEIJING: China’s new prototype spacecraft “successfully landed” on Friday (May 8), marking an important step in its ambitions to run a permanent space station and send astronauts to the moon.

The spacecraft – which was launched on Tuesday – arrived safely at a predetermined site, the China Manned Space Agency said, after a hitch in an earlier part of the key test.

It said the cabin structure of the spacecraft had been confirmed on site as being intact.

The test vessel was launched with a cargo capsule aboard a new type of carrier rocket from the Wenchang launch site on the southern island of Hainan.

The space agency said the vessel was in orbit for two days and 19 hours and had completed a number of experiments.

The return has verified the spacecraft’s capabilities such as its heat resistance — vehicles re-entering Earth’s atmosphere face high temperatures.

It is hoped the spaceship will one day transport astronauts to a space station that China plans to complete by 2022 – and eventually to the Moon.

The new prototype expands the number of crew that can be sent into space to six from three in an earlier model.

Friday’s safe landing follows a snag in an earlier part of the test when an unspecified “anomaly” occurred during the return of the cargo capsule, which was designed to transport equipment.

The completion of the experiment had involved the maiden flight of the Long March 5B rocket, and came after two previous failures – the Long March 7A malfunctioned in March, while the Long March 3B failed to take off in early April.

Observers said the successful mission marks a milestone for China.

Andrew Jones, who reports on China’s space activities for the SpaceNews website, said the country can “move ahead with its space station plans, and the first module may now launch in early 2021”.

“The successful landing of the new spacecraft from a high orbit also shows China is serious about sending astronauts beyond low Earth orbit – something only NASA has achieved – and eventually sending its astronauts to the Moon,” he added.

Chen Lan, an independent analyst at GoTaikonauts.com, which specialises in China’s space programme, added: “We can say that China has now similar manned space capability of the US and Russia.”

Beijing has invested heavily in its space programme in recent years as it plays catch-up to the United States, which is the only country to have sent a man to the Moon.

Assembly of the Chinese Tiangong space station, whose name means “Heavenly Palace”, is expected to begin this year and finish in 2022.

China became the first nation to land on the far side of the Moon in January 2019, deploying a lunar rover that has driven about 450m so far.