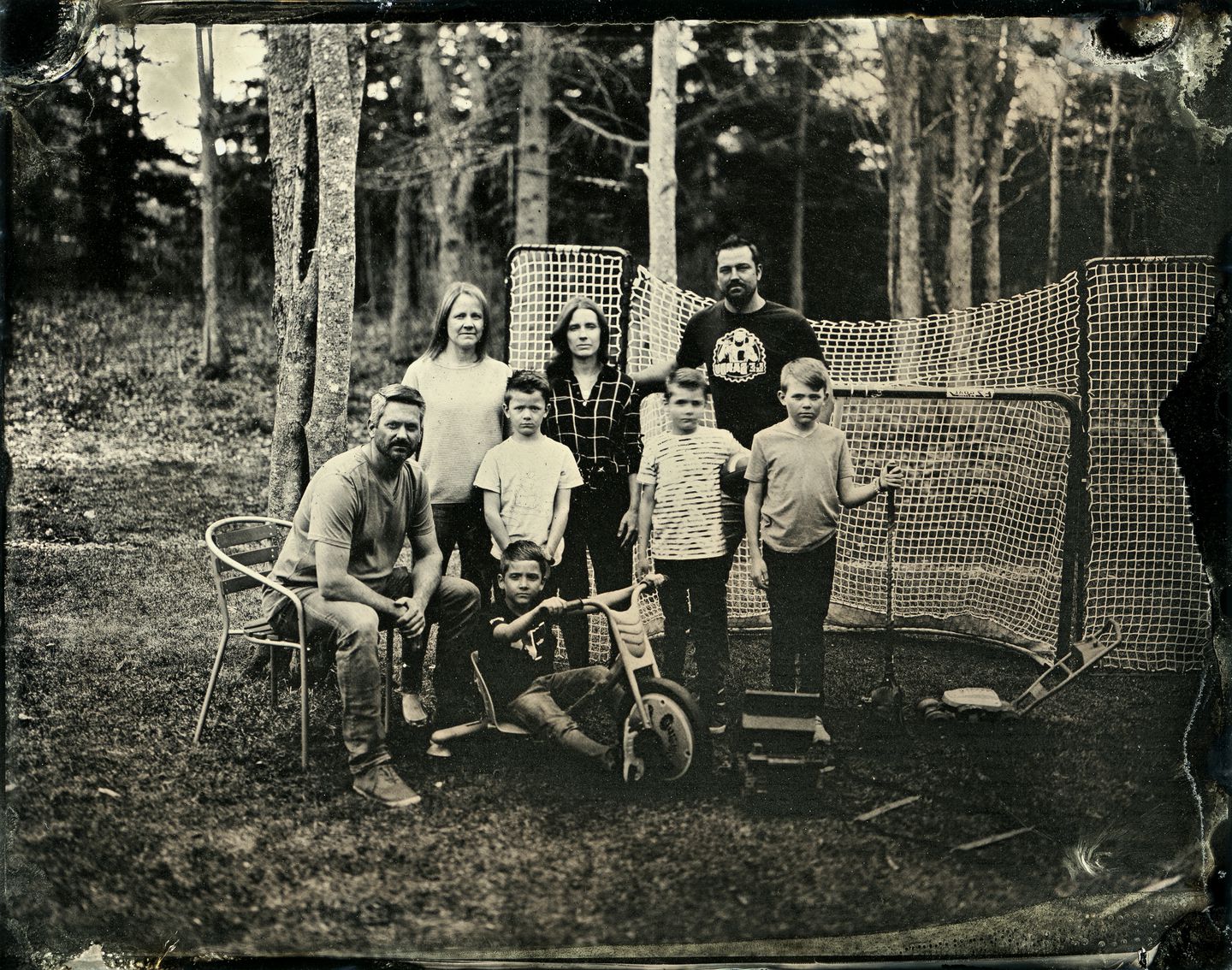 Martin, a retired teacher in Clarenville, Newfoundland, thought immediately of her daughter, Michelle, and 4-year-old granddaughter, Penelope. She had not been able to hug the little girl since mid-March.

But as she cruised along, a new thought stopped her.

While jurisdictions around the world begin to relax their coronavirus restrictions, a handful are pioneering a novel — and potentially fraught — approach: The double bubble.

There are rules — and they are not for the commitment-phobic. Each household may join with only one other household. Both sides must agree — for better, for worse — to a mutually exclusive relationship. The decision applies to all members of both households. And it’s final.

Which is creating no shortage of thorny dilemmas and potential for hurt feelings. How do you pick between your kids, or your in-laws? What if your dimwitted brother won’t stop calling to bubble up? What if your preferred household is taken?

What if it says it’s not ready for a relationship right now, but wants you to know you’ll make another household really happy one day?

The arrangement isn’t unique to Newfoundland and Labrador. New Brunswick has also introduced it. So has New Zealand. And the English Channel island of Guernsey.

The potential for uncomfortable conversation and inter-household tension knows no borders.

Newfoundland and Labrador’s move put Elizabeth Haggie on the bubble.

“Asked my dad who he was going to ‘double bubble’ with … he didn’t write me back,” she tweeted. (Her dad is John Haggie, the provincial health minister. He didn’t respond to a request for comment.)

When Karen Stentaford heard that New Brunswick was adopting the policy, her mind raced back to junior high school.

“I could just imagine someone calling you and saying, ‘Do you want to be in my bubble?’ And then saying, ‘I’ve already partnered with someone,’ ” said Stentaford, a photography lecturer at Mount Allison University in Sackville. “It’s that feeling of not getting picked to be on someone’s team.”

Stentaford managed to avoid the sting of rejection — she bubbled up with friends.

Cheryl Johnson was less fortunate. The mother of two, who lives outside Saint John, asked her parents if they wanted to merge bubbles. They said they would keep their social distance.

“No, no, we can bubble together. It’s okay,” Johnson told her mom. She sent her a release from the provincial government in case she had not heard, or misunderstood.

“That’s nice,” her mom responded, before changing the topic.

Johnson’s in-laws didn’t want to choose between their two children, so she hasn’t bubbled up with anyone. Her parents later clarified that it wasn’t personal; they’ve chosen to be overly cautious. In other words: It’s not you; it’s us.

Johnson, who works in education, said it’s been “really hard” to see photos of two-household bubbles on social media. It has compounded the stress of an already anxiety-producing time.

In Guernsey, some 2,894 miles away, Ross Le Brun, too, has suffered the challenges of forming a two-household bubble. His partner’s sister lives next door to his mother-in-law, and so got “first dibs” on pairing up. His parents have two kids, putting them in the same tough spot as Martin.

Le Brun and his family had been driving by his parents’ house and waving from a safe distance. During one such visit, after the two-household bubble was announced, his parents asked if they would like to come in.

“And now we’re in their bubble,” Le Brun said.

He and his partner “quite enjoy” their own company, he said, and would have been fine without a double bubble. But their son, Otis, 3, missed his grandparents.

“I suppose lots of families are going be in the same position where they feel awkward,” Le Brun said. “They don’t want to force themselves onto people, and there might be other choices for people to make.”

For some, the decision was far less tortured.

André Frenette and his family bubbled up with the Babins, his wife’s sister’s family. Frenette, director of the city planning department in Dieppe, New Brunswick, said the introduction of the two-household bubble came at the perfect time: He and his wife, Nathalie, had been struggling to keep their sons, 7-year-old Malik and 5-year-old Liam, occupied.

For weeks, the boys had been limited to playing games with their cousins, 9-year-old Simon and 7-year-old Caleb, on Skype. Now, they could play in person.

“It was like when it’s their birthdays or Christmastime,” Frenette said. “They were so happy.”

Frenette was out fishing for trout with some of his bubblemates.

In Hampton, New Brunswick, Rick Weddell said it was a “no-brainer” that he and his girlfriend would link up with her identical twin sister’s family. It’s not that he doesn’t love his siblings, he said. But when it comes to the twin dynamic, “I’ve never seen anything like this before in my life.”

Kendra Gallant, an accountant in Quispamsis, New Brunswick, said her family bubbled up with neighbors — close friends with whom they often socialize. She said it was important for her 11-year-old son to have face-to-face contact with other kids.

Melanie Hamilton, a furniture designer and maker, moved to Rothesay, New Brunswick, just before her 7-year-old son, Anderson, began the school year. She wasn’t sure they would find bubblemates. Then she got a text from the mom of one of Anderson’s classmates.

“We just jumped at it,” Hamilton said.

The families have gone hiking at Haggerty’s Cove and dined on sushi. A few days each week, Anderson heads to the other home to play, leaving Hamilton with time and space to work on designs and pieces for exhibits.

“It’s been a game-changer,” she said.

Public health officials have asked residents to think carefully about their bubbles. They have discouraged picking bubblemates with underlying conditions and stressed the need to follow the rules.

“If you have matched up with a family friend or relation, neither group can form a bubble with anyone else,” Jennifer Russell, New Brunswick’s chief medical officer of health, reminded residents last week. “This sets up the potential for a chain of contagion where infection could be passed between groups. The potential consequences of this could be tragic.”

By the time Martin arrived home from her drive, she had decided the double bubble was double trouble.

She wrote her daughter on Facebook: “Please don’t pick me and your father for your bubble.” Michelle, at an apparent loss for words, responded with an astonished face emoji. Martin made her case. Penelope, a social little girl, should be with a friend. Plus, it wouldn’t be fair to her other grandparents.

Michelle took her mother’s advice and bubbled up with one of Penelope’s friends. As for Martin, she punted the decision to her father-in-law, who lives with her husband and her. He has married daughters with in-laws and children of their own.

Even if he could choose between them, would they pick him?

“It’s a hard decision,” Martin said. “We may end up being a one-bubble household.”