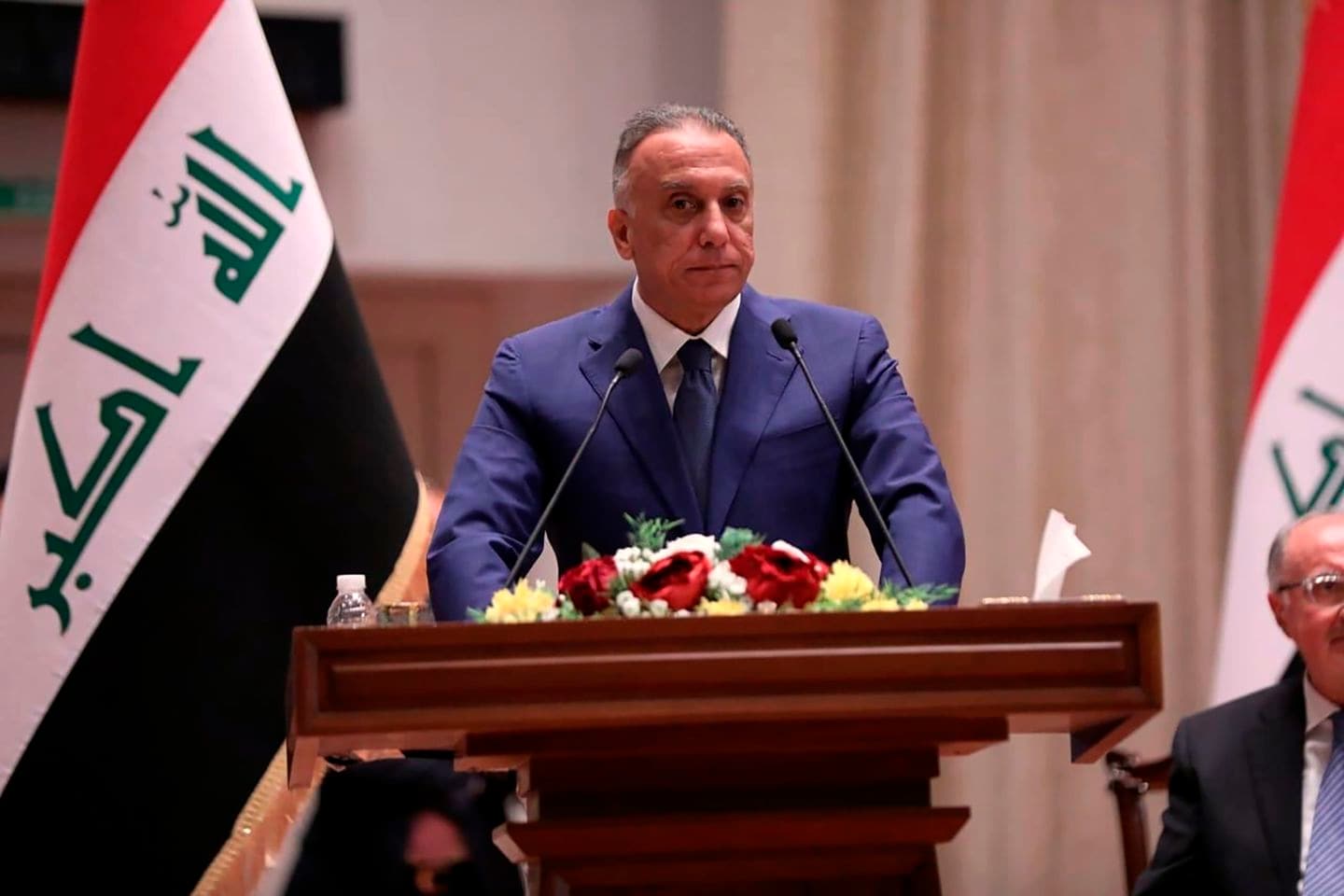 Iraq has been without a prime minister since November, when Adel Abdul-Mahdi resigned in the face of mass protests. The political odyssey it took to replace him underscored the depth of the divisions and parochial interests that have come to shape Iraq’s political system.

Kadhimi, 53, addressed the parliament early Thursday after a long night of negotiation among competing political blocs and said his government would “provide solutions, not add to the crises.”

In office, he will need to balance competing pressures from neighboring Iran and his allies in the United States, while also addressing parliamentary demands for the U.S.-led military coalition to withdraw its forces from Iraq. Simmering tensions between Iran and the United States have repeatedly spilled over into hostilities on Iraqi soil, threatening to subject the country to open warfare and also harm the fight against what remains of the Islamic State group.

A former journalist, Kadhimi has a reputation for pragmatism and close ties to Iraqi President Barham Salih. Kadhimi’s candidacy appears to have won the backing, or at least acceptance, of both Iran and the United States, powerful actors in a country that is center stage in their proxy fight.

Although Kadhimi’s candidacy earned an unusual degree of consensus, he was opposed by Kataib Hezbollah, one of the most powerful Iranian-backed militia groups in the country. The group has accused him of complicity in a U.S. drone strike that killed Iranian Maj. Gen. Qasem Soleimani and Abu Mahdi al-Muhandis, the head of Iraq’s militia network, in January.

The group’s statement Thursday was muted, stressing that its political allies in parliament had been under pressure to find a consensus candidate. “But this does not excuse anyone from not continuing to pursue those who were involved in the murder of the martyred leaders and their comrades, whatever his job description,” the statement said.

The challenges facing Kadhimi are steep. Plunging oil prices have hastened a potential economic catastrophe, leaving the government unable to fund its provisional 2020 budget without changes. There is broad public anger about the extent of corruption, mismanagement and sectarianism.

And the coronavirus is still stalking the country. Although the contagion rate appears to be lower than expected, health experts say that the risk of a second wave of infections is very real should Iraq’s lockdown be eased too quickly.

Following the 2003 U.S.-led invasion of Iraq, power in the country was divided among its different ethnic and sectarian groups, producing a deadlocked system where patronage is doled out to supporters by politicians and business executives with links to the different factions. That system’s dismantling was a key demand of the October protests. The horse-trading that preceded Kadhimi’s confirmation showed instead that it was as influential as ever.

Officials and political analysts said that the host of mounting crises helped explain why Kadhimi had succeeded where two before him had not.

“There was finally a realization on the part of the different parties that [a new prime minister] needed to get through,” said Lahib Higel, the senior Iraq analyst with Crisis Group.

Abdul-Mahdi, Kadhimi’s predecessor, also came to office as a consensus candidate. His opening months in office seemed to usher in the start of a national recovery, after the hard years of the U.S.-led invasion, the sectarian conflict that followed, and, later, the rise of the Islamic State and its caliphate.

In Baghdad, the highly fortified Green Zone was opened to civilian traffic under Abdul-Mahdi, and walls across the city came down. More broadly, he vowed to combat corruption and to rebuild the battle-scarred country.

Abdul-Mahdi resigned a year and a half into his term, having been unable overcome the constraints of the political system he inherited and unable to address the popular anger behind the mass protests.

As the country’s former spy chief, Kadhimi has often remained in the shadows, and many Iraqis heard his voice for the first time only when he accepted the president’s nomination for prime minister last month.

To succeed in his new post, he will have to navigate deep-rooted vested interests, which have long stymied change, to win approval for government changes. Of highest priority will be saving the economy. With the pandemic cratering demand for oil, which overwhelmingly funds Iraq’s budget for the year, the government is now discussing cuts to a public sector salary bill that totals about $50 billion each year.

“He may be able to achieve temporary austerity measures,” Higel said. “But it will he hard for him to achieve long-lasting, sustainable economic reforms that the country really needs.”

Kadhimi revised his list of proposed ministers at least three times in the week running up to the parliamentary vote as he sought to appease different political factions. As the bell sounded Thursday to signal the start of the parliamentary session, deals over the final cabinet lineup were still being struck.

According to Iraq’s constitution, more than half the proposed cabinet ministers must win approval for a new government to take office. In the final event, 15 of Kadhimi’s proposed ministers passed a parliamentary vote while five did not. The oil and foreign affairs ministries were also left vacant, pending further negotiations.

Loveluck reported from London. Mustafa Salim in Baghdad contributed to this report.