Tom Harrison has reiterated the ECB’s commitment to The Hundred despite facing accusations of gambling cricket’s future on the tournament’s success, but concedes that English cricket’s losses this summer could reach £380 million if the entire season is wiped out.

Appearing in front of a panel of MPs as part of the Digital, Culture, Media and Sport (DCMS) inquiry into the impact of Covid-19 on sport in the UK, Harrison was accused of “betting the house on red” in terms of investing so heavily on the controversial competition.

But despite accepting the ECB could be facing losses of £380 million as a result of the Covid-19 pandemic, Harrison insisted “even more effort” would be put into The Hundred once cricket resumed and maintained the tournament would be a “profit centre” for the game from its launch.

At one stage Julian Knight, the DCMS chair, put it to Harrison that the ECB had taken “a huge gamble” on The Hundred. In doing so, he alluded to the relatively heavy start-up costs of launching a tournament which feature a new format of the sport and a decline in the ECB’s financial reserves – they have fallen from £73 million in 2016 to £11 million when the last set of accounts was published 12 months ago – which has left the game less well placed to deal with the pandemic than might have been the case.

“When you say it’s a profit centre,” Knight said, “there’s been widespread disquiet over the advent of The Hundred and the fact there was a large outlay to bring it about. You’ve bet the house, effectively, on red and unfortunately, the casino is closed.”

“I wouldn’t categorise The Hundred as a gamble,” Harrison replied. “It’s a profit centre for cricket as has been demonstrated. It was going to bring in £11 million of profit to the game this year. It carries with it an extra dividend to the counties, which is critical revenue to them.

“At a time like this, when we are facing enormous pressure on finances, it seems to me even more important we focus on the areas of the game which are going to generate interest, audience and commercial revenue. Especially with the weight of evidence we had behind the Hundred in terms of the ticket sales, in terms of traction the competition was getting in the very audience we were setting out to get.

“I understand there is significant resistance to The Hundred. There has been for two years. That does not make it a bad idea. Or an idea that’s not likely to succeed. We will put even more effort into The Hundred post this crisis because I think cricket will desperately need, in a hugely competitive landscape, cricket will need to pull every lever to ensure cricket remains relevant in a society that has so much choice.”

Later, Harrison was pressed on his claim that The Hundred was projected to make a profit in its first year. For while Harrison suggests the costs of the tournament are £39.1 million – against a projected income of £51 million – it is understood that figure excludes the £1.3 million a year guaranteed to each of the first-class counties for the five-year duration of the tournament.

“Is it correct the Hundred will only make a profit if you exclude the £1.3 million payment guaranteed each year to each first-class county?” Giles Watling asked.

ALSO READ: Case for Hundred ‘much greater’ due to Covid-19 outbreak – Harrison

“Yes, but the £1.3 million every year to each county is a dividend and not part of the P&L (profit and loss) of the tournament,” Harrison said. “That is part of the deal, if you like, that was done with the counties to give the ECB permission to create a new tournament with all the objectives sitting behind it. It’s is not linked to the P&L. It’s a dividend that is a crucial part of the agreement that we have with the first-class counties.”

Harrison believes the Hundred’s significance is more than financial, though. He also told the MPs the ECB had evidence the tournament was appealing to a new audience that could help the game broaden its appeal and move away from its reliance on the broadcast deal with Sky.

“We’d sold 170,000 tickets in February for this year’s men’s and women’s Hundred,” he said. “The game had never sold that number of tickets at that speed before with the exception of the Cricket World Cup. So we were in a very strong position to achieve exactly what we set out to achieve in terms of growing the audience for cricket in this country.

“The profile of ticket buyers was extremely encouraging. The evidence we have from the data behind those ticket sales it that was largely under-40s with the intention of taking children to those events. In some circumstances as a first opportunity to see live cricket. That’s precisely the kind of audience we were after.

“But let me be clear: we are heavily reliant on cricket’s existing audience as well. The more we can create a groundswell of audience that is representative of our country – multi-cultural, diverse, men and women, boys and girls, from all parts of the country – the better prepared we will be to sustain our wonderfully diverse sport in this country with all its weird and wonderful formats.

“At the moment, we’re very heavily [reliant] – to the tune of three-quarters of our revenue – on one broadcaster. Anyone looking at a business plan for the long-term health of a sport will be looking at that number and thinking it’s a big risk. The Hundred helps us look at different ways of diversifying our revenue in the future and securing the future of 18 first-class counties.”

Despite his confidence in The Hundred, Harrison admitted the game was facing “the most significant financial challenge cricket has ever faced”. Having previously suggested the game could be facing losses of up to £300 million if the entire season was lost, he now feels that figure could be significantly higher, and conceded that the sport was already “staring at a £100 million loss this year, whatever happens”.

“It could be as bad as £380 million,” he said. “That’s the worst-case scenario. It’s the loss of 800 days of cricket across the ECB and professional clubs.

Unquestionably, it’s the most significant financial challenge cricket has ever faced.” 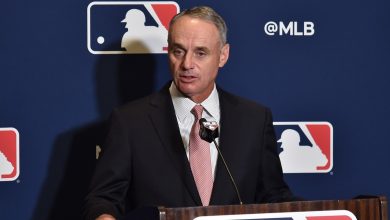 Number of fires more than doubles in Brazil’s Pantanal 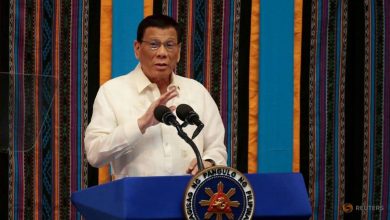 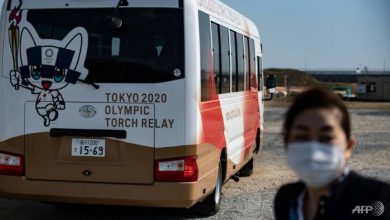 ‘No way we can hold it’: Tokyo reacts to talk of Olympic delay

Meghan Markle says she was most trolled person in the entire world in 2019
October 11, 2020

Gigi Hadid confirms she is expecting child with Zayn Malik
May 1, 2020

Gigi Hadid confirms she is expecting child with Zayn Malik