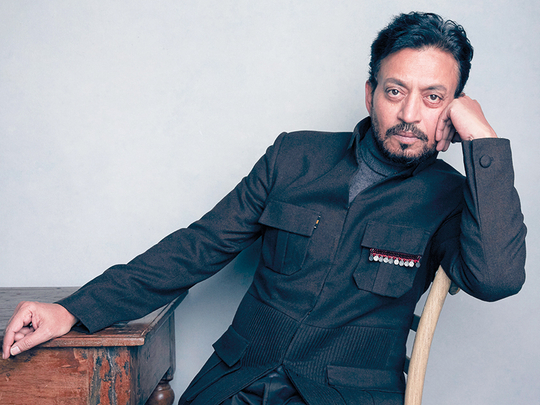 Khan, who is a cancer warrior, is battling colon infection and was admitted to a hospital in Mumbai on April 28, with several news outlets reporting that he’s now on a ventilator and fighting for his life.

“It’s really disappointing to know that there are extreme assumptions being made about Irrfan’s health. While we are truly appreciative that people are concerned, it is disheartening to see some sources spread extreme rumours and creating panic,” Khan’s spokesperson said.

Media reports on Khan have largely painted a bleak picture of the actor’s health.

The statement also added that the ‘Angrezi Medium’ actor is a strong person and is still fighting the battle bravely.

“We really request you to not fall for rumours and not partake in these conversations, which are fictional,” the spokesperson further said, adding that Khan has been admitted to an Intensive Care Unit of a hospital and is under a doctor’s observation.

Khan was diagnosed with neuroendocrine tumour in 2018 and was on a self-imposed sabbatical. He was in London for nearly two years battling the illness.

The 53-year-old actor is one of Indian finest talents and has acted in more than 100 films. His last film was ‘Angrezi Medium’ that released in March this year, but couldn’t run for long in the cinemas as the coronavirus outbreak began during the same time and the cinemas were shut soon after.

Khan has also acted in Hollywood films including director Mira Nair’s ‘The Namesake’ and Ang Lee’s ‘The Life Of Pi’.