Irrfan Khan’s spokesperson confirmed on Tuesday evening that the Indian National Award-winning actor is in the hospital battling a “colon infection”. Earlier in the day, news had emerged that the ‘Angrezi Medium’ actor was admitted to the Intensive Care Unit of a hopsital in Mumbai.

“Yes, it’s true that Irrfan Khan is admitted to ICU to Kokilaben [Dhirubhai Ambani Hospital]  in Mumbai because of a colon infection. We would keep everyone updated. He is under doctor’s observation,” said his spokesperson.

The spokesperson also added that it was the actor’s strength and courage that have helping him battle and fight so far.

“We are sure with his tremendous will power and prayers of all his well wishers, he will recover soon.”

Cancer survivor Irrfan Khan, who had to attend his mother’s funeral in Jaipur through a video call a few days ago due to coronavirus travel restrictions in India, is admitted into an Intensive Care Unit (ICU) of a hospital in Mumbai.

The 53-year-old actor had fallen ill suddenly and was rushed to the hospital due to his rapidly failing health.

Khan, who made his Bollywood comeback with director Homi Adjania’s ‘Angrezi Medium’ in March this year, was diagnosed with neuroendocrine tumour in 2018 and was on a self-imposed sabbatical. He was in London for nearly two years battling the illness. He made a comeback in films in March 2020.

During ‘Angrezi Medium’s promotion in March, Khan in an exclusive e-mail interview, had talked about seizing life at its fullest.

“I tell life: ‘Lag Jaa Gale Ki Phir Yeh Haseen Shaam Ho Naa Ho, Shayad Is Janam Mein Mulaqaat Ho Na Ho [Embrace and hug me life, for your never know if we will ever have this magical evening like this or not, Perhaps we may meet or never meet again in my lifetime],” said Khan at that time.

Khan’s wife Suthapa and two sons are with him at the hospital. 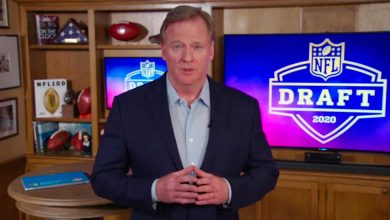 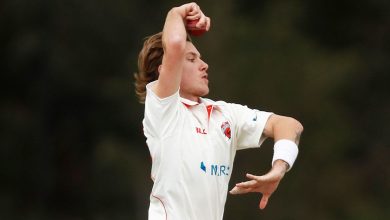 All the Australian state squads for the 2020-21 season

Sameera Reddy: Motherhood has its highs and lows
May 15, 2020

Sameera Reddy: Motherhood has its highs and lows