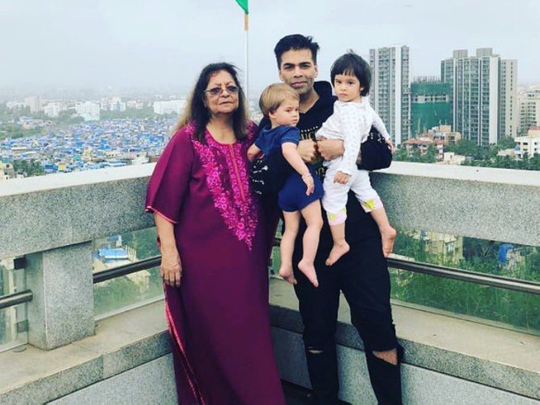 Filmmaker Karan Johar came up with the second episode of the second season of ‘Lockdown With Johars’, giving it a musical touch, as his three-year-old twins Yash and Roohi turned singers.

In the video, the children can be seen holding a big guitar.

“We have two very talented musicians in the house ladies and gentleman… give it up for Roohi and Yash,” Johar says in the video.

And when Yash and Roohi start to sing, Johar has to intervene as he clearly was not impressed.

“Time out… time out. Do you have something more melodious you can sing?” Johar is heard telling the little kids.

They don’t stop, though, and continue singing loudly, which eventually leads Johar to end the video with his signature word, “toodles”.

“Clearly singing is not in our genes! Apologies in advance! #lockdownwiththejohars #toodles,” he captioned the video.

On the directorial front, Johar has the multistarrer film ‘Takht’ coming up. The historical drama is set in the Mughal era and stars Ranveer Singh and Vicky Kaushal as Dara Shukoh and Aurangzeb respectively.

The film also has Alia Bhatt, Anil Kapoor and Kareena Kapoor Khan in the cast.