Whether or not scouts and general managers have truly missed a critical part of the pre-draft process with the mass cancellation of pro days across the country remains to be seen. But there is always a chance that, to compensate for information gaps, they’ll err on the side of caution and lean toward prospects with fewer question marks.

It could also mean that the veteran trade market might see an uptick in business, simply because there’s a better understanding of the return. Veteran players don’t need as much help during the offseason. They can still flourish without rookie camps or OTAs. If the NFL world ends up as condensed as we think it will be in 2020, prior experience might be the hottest commodity.

With that said, here’s a look at who might be out there for the right price …

While the news of Rob Gronkowski’s return nukes Howard’s value a bit, the Buccaneers will be looking to recoup what they can for the former first-round pick out of Alabama. Howard’s target numbers grew each year in Tampa Bay, though his touchdown numbers dropped in each season and he finished with a career-low catch percentage in 2019. Perhaps life outside of the Jameis Winston show will be fortuitous for Howard, who came out of college as both an adept blocker and receiver.

The former first-round pick is just 25 and set to make $4.167 million this coming season. While that may be a little more than teams are willing to spend for a back with only one season above four yards per carry, it seems like the Jaguars are willing to negotiate. Fournette is still a powerful back with elite athleticism who may benefit from being in a more diverse offense. He faced one of the highest percentages of plays with eight or more defenders in the box among qualifying running backs last season.

We’ve seen a reignition of Williams reports heading into the draft, which makes some sense. Teams eyeing a premier left tackle have two options: Draft one in the early half of the first round from a fairly robust pool or spend to acquire one of the best veteran tackles in the league. Williams hasn’t played a game since 2018, but heading into his age 32 season he should have plenty of good football ahead. The Browns, who are looking for more of an immediate fix, make sense to be a top contender.

This has not been heralded as a robust EDGE rushing class beyond Chase Young, which bodes well for the Ravens and franchise-tagged linebacker Matthew Judon. The former fifth-round pick set career highs in sacks and quarterback hits last year but may not factor into Baltimore’s long-term plans at age 28, especially given the beefy one-year financial commitment that accompanies the tag. There are a few contending teams in need of a versatile pass rushing presence that could probably find a place for Judon.

While the stalemate between Adams and the Jets feels like typical contractual posturing this time of year, it wouldn’t be hard to imagine the Jets altering their tune if they were blown away by an offer. Adams is a heart-of-the-defense type player who could energize any franchise, but the Jets are in an accelerated rebuild and could use more capital to spend at other critical positions of need. I would put this on the other side of “possible” but it’s interesting how a situation (say, coming to the realization that you may not get the player you need in the first round so why not just sacrifice the pick anyway) might change a GM’s thought process.

I think Bell was far more useful (given the circumstances) than he was given credit for a year ago, but that may not change the fact that Adam Gase wants to exert a little more pressure in remaking the roster. The Jets have some cap space and could probably eat a portion of the deal, which might also be appealing to another team as Bell’s deal is relatively easy to back out of after the 2020 season (and, again, he could still be a valuable piece of an offense).

This isn’t a protected state secret; John Lynch has been pretty up front with the fact that Goodwin is on the block. This might be a difficult scenario for anyone to consider, given the stunning depth of this year’s wide receiver class. Perhaps a team on Day 3 that was boxed out of the position entirely might consider Goodwin a sensible backup plan.

It was always going to be nearly impossible for the 49ers to keep that generational defensive line together, and now that they’ve had time to reevaluate, Ford would represent a welcome weight off their books. The EDGE market is interesting because, as we mentioned with Judon, this isn’t a class that will blow people away beyond Chase Young. A GM with a roster built to win now will have to ask himself if he would rather work with someone like K’Lavon Chaisson from LSU or A.J. Epenesa from Iowa, or spend a high pick and take on the cap space for someone like Ford.

It was always going to be nearly impossible for the 49ers to keep that generational defensive line together, and now that they’ve had time to reevaluate, Ford would represent a welcome weight off their books. The EDGE market is interesting because, as we mentioned with Judon, this isn’t a class that will blow people away beyond Chase Young. A GM with a roster built to win now will have to ask himself if he would rather work with someone like K’Lavon Chaisson from LSU or A.J. Epenesa from Iowa, or spend a high pick and take on the cap space for someone like Ford.

This may be a bit of a pipe dream, but the 49ers’ cadre of running backs may have to be retooled and a club looking for some complementary help in the backfield could give John Lynch a call. We saw how impactful the 49ers’ run game could be with some well-scouted journeymen and they may decide they don’t need Coleman now that cap space is no longer a luxury.

This one has been simmering for a while, even before an implosion on Twitter—where else?—on Monday. Ngakoue, like a few of his former teammates, wants out of Jacksonville. The problem is that his aggressiveness in making it happen is not affecting the trade market in a positive way. This is not to say Ngakoue’s frustrations aren’t understandable; something toward the tail end of the Coughlin regime irked a good deal of star players there. But, will the Jaguars find the return necessary to make this deal worth their while? Don’t expect GM Dave Caldwell to cave and take a loss.

At some point the Bengals will probably need to move on from their longtime franchise quarterback, though it hasn’t happened yet. Dalton is still an NFL caliber starter and it probably wouldn’t be a useful allocation of assets to have him sitting behind Joe Burrow on the bench. The Patriots could be waiting in the wings here and have three third-round picks as well as a bundle of late-round picks to make things interesting.

The Patriots are up against the salary cap, so it wouldn’t be surprising to see them open the phone lines on draft day to get rid of a $14 million hit. Thuney is New England’s franchise player and while that number doesn’t sound ridiculous for a guard anymore, the Patriots have always found ways to cover themselves up front and function offensively. Maybe, for example, if they acquire a veteran starter they are a little less worried about sacrificing some interior pressure. There are plenty of teams that will be desperate for guard help and, while this is not a bad class, especially with some of the top-flight tackles carrying some guard flexibility, Thuney is a plug-and-play starter on Day One. 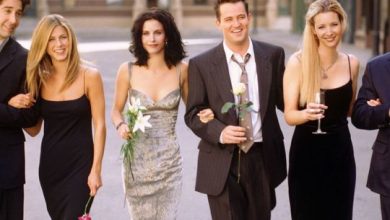 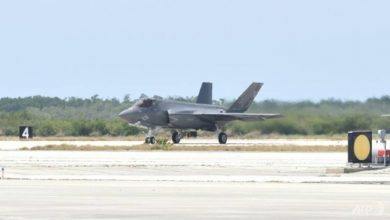 US jails three Chinese for photographing navy base 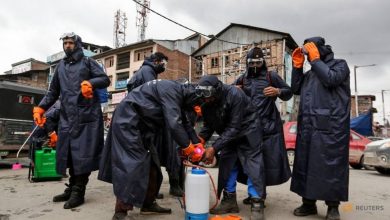 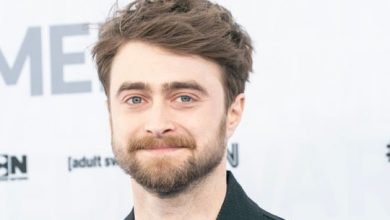 Mena Massoud in Dubai: ‘9/11 changed the landscape for Arab actors’