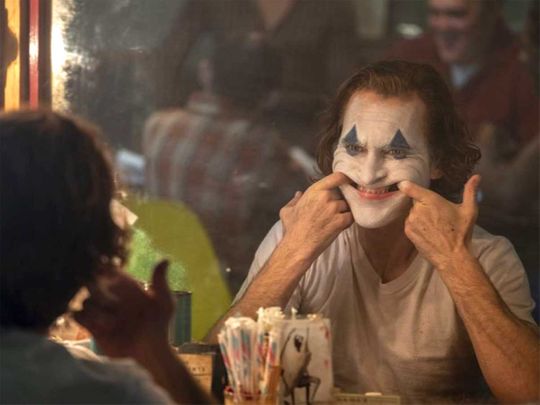 ‘Joker’ star Joaquin Phoenix was almost cast as Batman way back in the nineties.

After George Clooney’s 1997 outing as the caped crusader in ‘Batman & Robin’ flopped, ‘Black Swan’ director Darren Aronofsky was tipped to direct a new Batman film, and Phoenix was his first choice for the role.

Aronofsky said that he wanted to reinvent Batman and suggested Phoenix as the leading role.

“The studio wanted Freddie Prinze Jr and I wanted Joaquin Phoenix. It was a different time. The Batman I wrote was definitely a way different type of take than they ended up making,” Aronofsky tells Empire of his plans for “Batman: Year One”.

He added: “The Batman that was out before me was ‘Batman & Robin’, the famous one with the nipples on the Batsuit, so I was really trying to undermine that, and reinvent it. That’s where my head went.”

However, Aronofsky’s vision of Batman never got realised because the project never went into production.

Nearly a decade later after ‘Batman & Robin’, Christopher Nolan would revive the caped crusader with “Batman Begins” in 2005, the first of his genre-bending ‘Dark Knight’ series of blockbusters. Christian Bale essayed Batman and his alter ego Bruce Wayne in Nolan’s trilogy.

Meanwhile, the title ‘Batman: Year One’ has been used for an animation film, released in 2011 and directed by Lauren Montgomery and Sam Liu.

While Ben Affleck played Batman in ‘Batman v Superman: Dawn Of Justice’ and ‘Justice League’, Robert Pattinson will be taking the role in Matt Reeves’ upcoming film ‘The Batman’.