The first easing of restrictions began this week, with Austria reopening some nonessential businesses Tuesday. Denmark is expected to allow children to return to school this week. And Spain has allowed construction and factory workers to go back, though a national lockdown otherwise remains in effect.

Their progress is likely to be carefully watched from across the Atlantic, where President Trump is feuding with governors about how and when to reopen the economy.

While decisions to shutter schools, close borders and tell citizens to stay home came relatively swiftly, the considerations on lifting restrictions are slow and fraught, requiring an acceptance of an increased risk to public health. There are no established best practices for timing or sequencing. And policymakers have to be ready to adjust course if new outbreaks occur.

“We have to play it by ear, because there is no gold standard on how to do it,” said Frank Ulrich Montgomery, chair of the World Medical Association.

Most countries in Europe have come around to advising that masks be worn as people are allowed to start moving around in public again; the Spanish government distributed free masks to commuters this week. Thorough testing is also considered key to tracking and isolating infection chains.

While antibody studies are being used in an attempt to assess what portion of the population already has been unwittingly infected, issues over testing accuracy and questions over how long protection lasts complicate plans for “immunity passports” to let individuals who have had the virus return to a more normal life.

Some scientists have floated strategies narrowly tailored to protect the most vulnerable, but keeping the elderly separated from their loved ones for months on end also must be balanced against the health impact of isolation.

In an attempt to avoid any repeat of the haphazard, panicked policy decisions that accompanied the spread of the virus in Europe, European Union leaders in Brussels plan to unveil suggestions on Wednesday for how to reopen the 27-nation bloc gradually in the coming months.

They will advise countries to reopen economies in phases, with shops and schools given first priority, and restaurants and other social venues coming later, according to a draft of their plans. Policymakers caution that leaders need to move slowly — potentially waiting a month between each new step — and be prepared to reverse themselves quickly if infections start a quick spread again.

But each national government will have the final say on lifting restrictions within its borders. And when to resume free movement between countries in Europe will be another discussion entirely.

French President Emmanuel Macron provided a glimpse of what France’s deconfinement may look like in a nationally televised address Monday night. France will remain on full lockdown until May 11, Macron said, but then nursery schools, middle schools and high schools would “progressively” reopen beginning in mid-May.

“Many children are missing out of school,” he said, “and there is an inequality in that there are those who don’t have Internet access and who can’t be helped by their parents.”

Universities, however, would not feature in-person classes until at least the summer. Other businesses — such as restaurants and cafes — would remain closed for the near future, Macron said.

Chancellor Angela Merkel is slated to announce on Wednesday when restrictions might be loosened in Germany. A study she said would help inform her decision advises opening schools as soon as possible, beginning with students in primary school for whom distance learning is less effective and in core subjects such as German and math, with staggered classes.

The study, by scientists at Germany’s Leopoldina National Academy, also says that data obtained through testing will be key to making informed decisions. Antibody studies can assess what proportion of people already have immunity as restrictions are gradually lifted.

“During the phase of gradual easing, we must prevent a renewed rapid increase in the number of infections,” the paper said. “We have to walk a tightrope.”

A majority of Germans do not want restrictions lifted yet, according to a YouGov survey published this week, with 44 percent in favor of distancing measures being extended and a further 12 percent saying they would like to see them tightened.

Janina Possehl, 35, is among those who are cautious. Out for a walk in Berlin’s Schoeneberg district, with her 6-month-old son strapped to her front and a 3-year-old trailing behind on a tricycle, she said would keep her kids home even if schools and kindergartens reopened.

“I think it’d be good for them to stay closed longer,” she said, while conceding it was harder for working parents. “I would be really careful about loosening the restrictions too early,” she added.

But most countries can’t afford to wait under lockdown until a vaccine is developed and widely and safely available, which could take until 2021 or longer, or until their populations build enough natural immunity to slow the spread of the virus, which Merkel has said could take as long as two years.

“If you are optimistic, we might have a vaccine in one year,” said Alexander Kekulé, director of the Institute for Medical Microbiology at Martin Luther University Halle-Wittenberg. “But we can’t keep the people for one year in lockdown. You would have economic and psychological breakdown.”

European policymakers have expressed worries about the consequences of a fragmented approach toward the reopening, warning that if individual countries pursue their own plans without consulting with their neighbors, political tensions could result, much as they did when borders suddenly sprouted across Europe last month.

Those that have managed to slow the rate of transmission may have a longer balancing ahead of them, experts say.

“One of the problems is, the more effective you are in flattening the curve of infection, the longer it takes until you have immunity in the population, and this is the dilemma of our politicians,” Montgomery said.

Britain, where leaders last month talked about building “herd immunity” and which was among the last in Europe to introduce social distancing measures, is now reporting the highest number of daily new cases in Europe. And, for now, it remains committed to its lockdown.

It would be “premature” to say coronavirus cases have peaked in Britain, warned the country’s deputy chief medical officer, Jonathan Van-Tam, saying it was too early to discuss loosening the lockdown.

“We are in a dangerous phase still,” Van-Tam told reporters at a briefing before the long Easter holiday weekend. “And I need to reinforce that again to you, that this is not over.”

In Italy, the government has used the term Phase II to describe its planned emergence from a rigid lockdown. It is still hashing out what the country’s loosening should look like, and whether it will be possible to begin that phase on May 4, as planned.

Official government statistics show the country’s total cases growing roughly 3 percent every day — and scores more cases are undetected, with people going untested, isolating at home and passing the virus to their families.

Already Tuesday, the government took the first modest steps, allowing for the reopening of bookstores, stationery stores and shops selling clothing for babies.

Roberto Burioni, a professor of microbiology and virology at Vita-Salute San Raffaele University in Milan, called reopening a political decision and said the government should require all people to wear masks when leaving the house and needed some form of contact tracing.

He also suggested Italy adopt a policy that people found to have the virus — as well as their contacts — be isolated in hotels or other facilities, not at home.

“I understand we need to start again,” Burioni said. “But, I’m warning — we need this. Without this, it will be a tragedy, and we’ll have to start [lockdown] again.”

Luisa Beck in Berlin, Michael Birnbaum in Brussels, William Booth in London, Chico Harlan in Rome, Pamela Rolfe in Madrid and James McAuley in Paris contributed to this report. 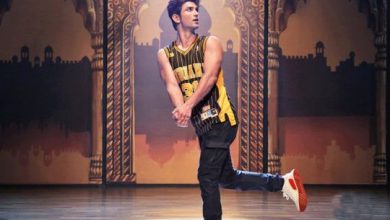 U.S. to give aid to Greenland, open consulate in bid to counter Russia and China 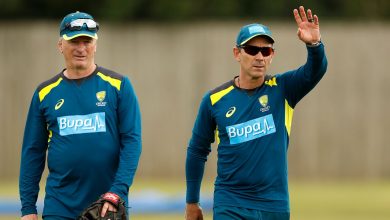 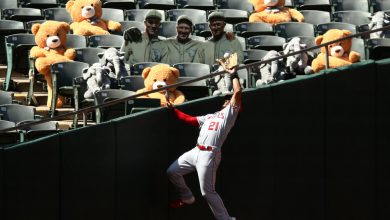