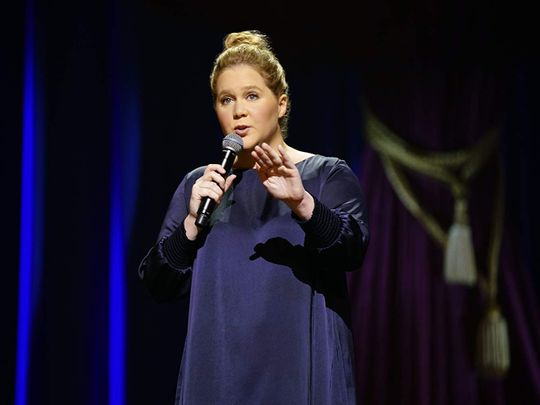 Comedian and actress Amy Schumer has been sued for posting two paparazzi photos of herself on Instagram.

In court documents filed on Tuesday in New York, the actress was accused of copyright infringement by a New York photographer.

The photos were allegedly taken, owned and copyrighted by photographer Felipe Ramales.

In the two pictures, Schumer is seen pushing her son, Gene, in a stroller in New York in November 2019. In the photos, the actress is sporting a Plus Size Brain sweatshirt, which is for sale on her website’s store.

In addition to Schumer, the star’s company, Claudette LLC is also named as a defendant. “Defendants ran the photographs on the website to sell and promote their clothing,” the documents read.

Ramales is seeking a trial by jury, monetary damages and legal fees among other relief.

“Alternatively, Plaintiff is entitled to statutory damages up to $150,000 [Dh550,833] per work infringed for Defendant’s wilful infringement of the photographs.”

Ramales’ attorney Richard Liebowitz said: “This is a classic example of celebrities using their social media to generate revenue without paying the photographer any license to use their photo.”

“Photographers need to stick up for their rights and make sure they get paid for their work.”