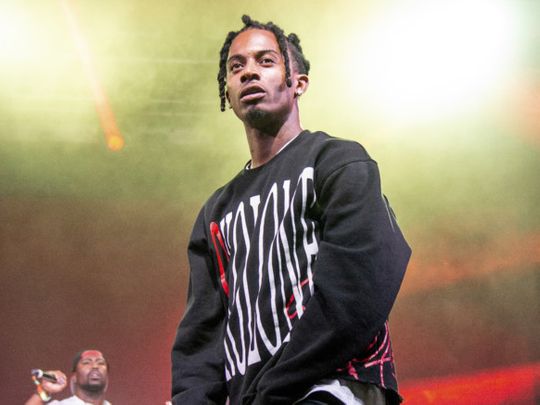 Rapper Playboi Carti has been released from custody following his arrest on drug and traffic charges in Georgia.

Carter, 24, of Fairburn, Georgia, is the boyfriend of Australian rapper Iggy Azalea. His best-known songs include ‘Magnolia’ and ‘wokeuplikethis(asterisk)’ featuring Lil Uzi Vert.

Carter was released shortly after his arrest, his manager told The Atlanta Journal-Constitution. Jail records show he was released early Friday.

Carter was charged with marijuana possession, improperly passing an emergency vehicle and not displaying an updated decal on his license plate, the newspaper said, citing court records.

Carter and another man, Jaylan Tucker, 21, were processed at the Clayton County Jail, where Tucker remains in custody on several drug and gun charges, the newspaper reported. Bond for Tucker, of Beverly Hills, California, has not been set. It wasn’t immediately clear if he was represented by an attorney who could speak on his behalf.