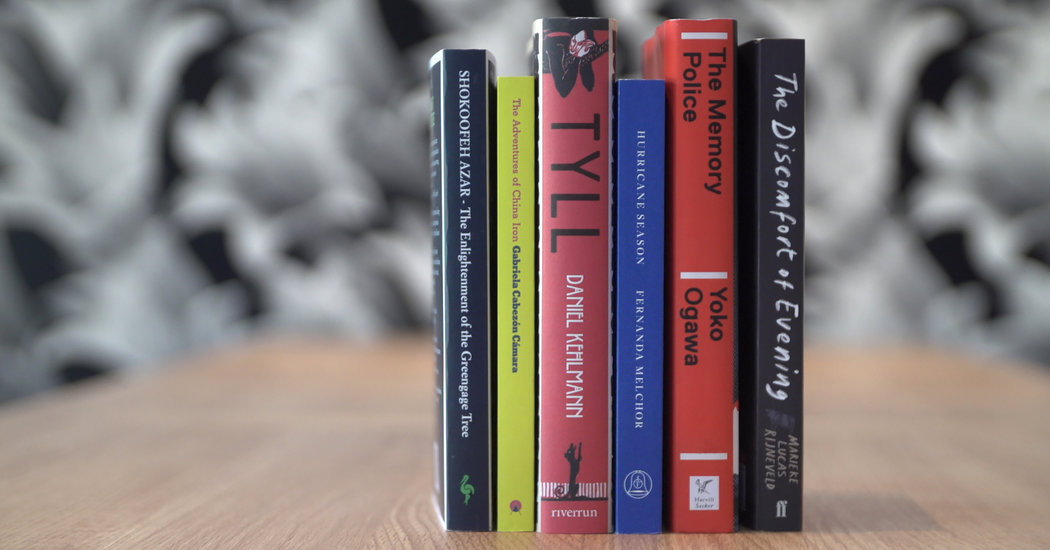 LONDON — For the second year running, most of the shortlisted novels for the International Booker Prize are by women. The contenders for the award, arguably the most significant prize for literature translated into English, were announced in London on Thursday.

Among the books in the running are the Japanese author Yoko Ogawa’s “The Memory Police,” as well as novels originally written in Dutch, Persian and Spanish.

Daniel Kehlmann’s “Tyll” is perhaps the most high-profile, having sold over 600,000 copies in the author’s native Germany. Netflix is currently adapting it.

Translated by Ross Benjamin, the book follows the jester Tyll Ulenspiegel as he travels across Europe, trying to avoid the havoc of the Thirty Years’ War. “The result is a spellbinding memorial to the nameless souls lost in Europe’s vicious past, whose whispers are best heard in fables,” wrote Irina Dumitrescu in a review for The New York Times.

The Booker International Prize is awarded every year to the best book translated into English and published in Britain or Ireland. It is different from the better-known Booker Prize, which is for fiction written in English, although both have the same prize money of 50,000 pounds, or about $62,000. The prize is split equally between the author and translator.

Yoko Ogawa’s “The Memory Police,” translated by Stephen Snyder, was a finalist for last year’s National Book Award for Translated Literature. It is about an island where an authoritarian government makes the population destroy entire categories of things — like hats or bells — and forget they ever even existed. “Reading ‘The Memory Police’ is like sinking into a snowdrift: Lulling yet suspenseful, it tingles with dread and incipient numbness,” wrote Julian Lucas, in a review for The New York Times.

The book was originally published in Japan in 1994, but an English translation came out only last year.

The other shortlisted books:

The winner will be announced on May 19. Last year’s prize went to “Celestial Bodies,” by the Omani author Jokha Alharthi, translated by Marilyn Booth. That book was a family saga set against Oman’s transition from slave trading center to major oil producer.