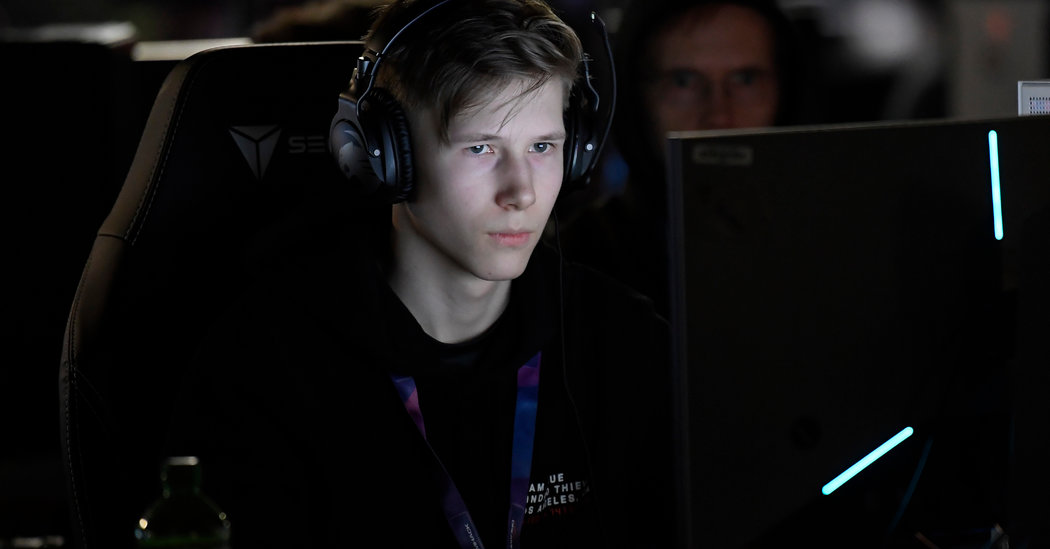 With so many of us stuck at home, gamers included, there is bound to be burnout. For those players who are over their usual go-to’s, here are some alternatives in the major gaming genres, suggested by New York Times editors and reporters.

Every so often, videos gain steam on Reddit and Twitter that show Mario in seemingly impossible situations. The required precision needed to clear some levels built in Mario Maker 2 can be about as intimidating as Minecraft videos of elaborate, finely crafted creations like a space shuttle or a working recreation of an entirely different video game.

Actually getting started on Mario Maker 2, though, is far less frightening. The sandbox tools are simpler than those in Minecraft, and there are more items, themes and variations than the first Mario Maker, allowing for more creativity. Those who prefer side-scrolling platformers can ignore level creation entirely and instead pick from countless user-uploaded stages, which have the look and feel of games from throughout the Super Mario Bros. franchise.

Nostalgia and brief levels make for an easy draw. But consider them an entrance to a much richer, colorful subculture of speedrunning, modified Mario games and Twitch-friendly tests of patience and skill. — Oskar Garcia, Deputy Editor, Sports

I love Battle Royale in Fortnite the way that an 11-year-old loves … hmm, also Fortnite. It is the perfect game and right about now, the only place where I can’t feel the sweaty cold hand of anxiety gripping my heart. Fortnite has just enough emotional candy, enough threat balanced with hilarity; it’s sometimes really hard and sometimes easy; it has goals that you can take very seriously or not at all.

But everyone who likes a battle royale format eventually has to try other games in the genre. For people who don’t play games, “battle royale” means, basically, a big, sprawling Thunderdome-style brawl. Twenty or 100 or whatever people enter some land mass, either on teams or alone, and then kill everyone else — or do other stuff (like run around as a snowman, or catch fish) while everyone kills everyone else.

I really wanted to be a Call of Duty: Warzone kind of person. That’s got slick, militaristic, shoot-em-in-the-face mayhem. My male friends all like it, shouting and grunting into their slippery little gamer headsets. But it makes me feel bad and I’m not good at it.

Truth be told, I’m way more Realm Royale. It’s not really clear how many people play this game, but as long as the realm’s lights are on, its weird, clunky, magical, cartooney universe can be very comforting. You drop into some sort of messed up and badly drawn Earthsea island, looting chests (and shoving things into some incomprehensible inventory system) and then beat up your fellow elves or paladins or whatever. Maybe they’re all bots! Who knows! (The color palette is a bit diseased; so many purples and greens!) It’s familiar enough for Fortnite players while having a cute and chunky cadence all its own, and a nice long learning curve to keep your messed-up mind occupied.

The best part about Realm Royale: When you die, you turn into a white-flag-waving chicken. If you survive long enough as that chicken, you’re reborn. That keeps it sweet. I just can’t deal with anything more stressful than that right now. — Choire Sicha, Editor, Styles

Shooter: Sick of Resident Evil 4? Try The Evil Within 2

Since its initial release in 2005, Resident Evil 4 has been republished on nearly a dozen platforms, most recently on the Nintendo Switch. Resident Evil games can be extremely scary, yet they have become a sort of comfort food for me.

Survival horror games may not seem like a relaxing way to pass the time during a pandemic, but they’re ultimately about learning to control your environment — something that is in short supply for most people at the moment. As you master a game’s mechanics, what was once stressful becomes satisfyingly manageable. Suddenly, you’re not trapped in a world full of monsters; they’re trapped in there with you.

The Evil Within 2, released in 2017, is a spiritual successor to Resident Evil 4. It drops you into the doomed small town of Union, full of zombies ready to rip you apart. I’m slowly learning enemy patterns, upgrading my weapons, getting stronger. I can’t control what’s happening outside my home, but I can help clean up Union. — Renan Borelli, Senior Editor, Digital Storytelling

Casual: Sick of Untitled Goose Game? Try I Am Bread

Like over a million other people, I fell in love with the quirky, deceptively simple premise of Untitled Goose Game when it waddled into the scene last fall: “It’s a lovely morning in the village, and you play a horrible goose,” the game’s tagline reads.

If, like me, you feel the need to move on from mischievous waterfowl, turn to food, with the older but equally oddball I Am Bread ($5 to $13; for PS4, iPad, PC and Mac), in which you play a heat-seeking slice on a determined mission to get toasted. You must flip, grip and nudge yourself around various rooms as you scout for available toasting surfaces to give you that golden-brown transformation, all while avoiding the dirty, disqualifying floor.

While I Am Bread may not get you out of the house to an expansive fantasy world, it’s definitely an alternative way to manage your #StayHome carbs. — J.D. Biersdorfer, production editor, Book Review, and Tech Tip columnist

You’ve fought redcoats during the Revolutionary War and plundered treasure chests in the Caribbean Sea in the Assassin’s Creed series. But at some point, action role-playing games start to feel eerily similar: Punch baddies. Solve challenges. Fight a boss. Repeat.

If you’re longing for an adventure with a twist, consider Alien: Isolation, a survival horror game developed by Creative Assembly and published by Sega in 2014. You are Amanda Ripley, who is investigating the disappearance of her mother, Ellen Ripley, the defiant protagonist from the “Alien” movie series (Sigourney Weaver even reprises her role in the game in a voiced cameo). In Isolation, your main defense is not to fight, but to hide.

Finding yourself trapped on a crumbling space station, your goal is to find a way off before it falls apart while avoiding the creature stalking you in the shadows. The bleak design replicates Ridley Scott’s grim vision in “Alien”: dimly lit corridors, hissing valves, coiled tubing, chittering computers and suffocating crawl spaces.

When the creature is near, your goal is to find desks to slide under, lockers to pop inside and boxes to duck behind. Stay silent (there is an option to hold your breath when the alien is near), but don’t linger. The creature may pass by, but it will find you eventually, so it’s best to keep moving.

As you tiptoe around the space station, you can craft some makeshift weapons, which will help as you encounter other people who may be friendly or hostile. You will have to decide whom to trust and whom to kill. And keep an eye on roaming androids. Most are busy with their assigned tasks, but some don’t like human interference and will calmly choke you to death.

Because the game has no side quests to grind through, the play time is short, about 20 hours. Play it at night, when every creak and thump from the overhead air ducts will scare the bejesus out of you. Just remember to save often, because you will die. A lot. — Gregory Schmidt, Senior Staff Editor, Business