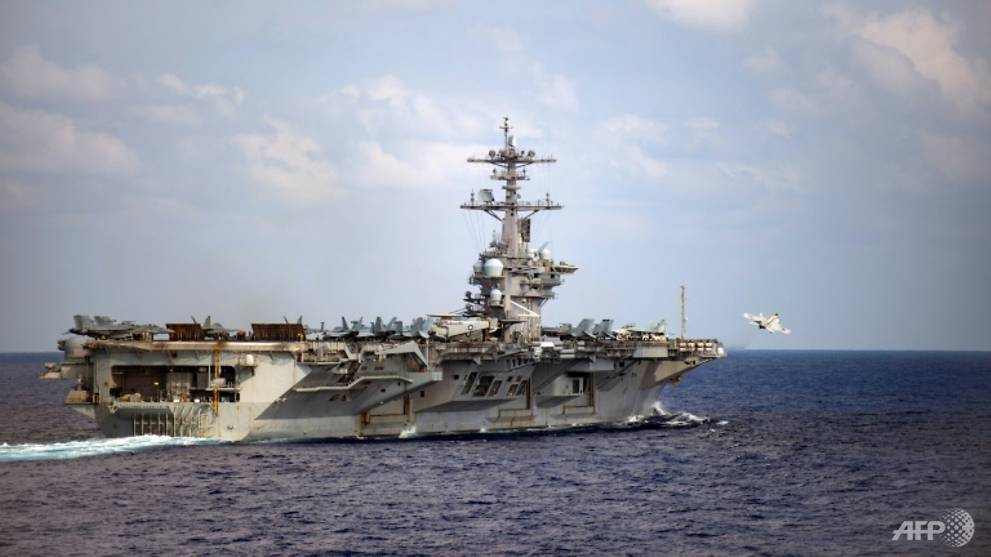 WASHINGTON: The US Navy is evacuating thousands of sailors from the nuclear-powered aircraft carrier USS Theodore Roosevelt in Guam after its captain warned a coronavirus outbreak was threatening the lives of the crew.

With dozens of COVID-19 cases discovered, a senior official said the navy was rapidly arranging hotel rooms on the Pacific island for many of the 4,000-plus crew, while organizing a skeleton team of uninfected sailors to keep the ship operational.

Pentagon officials admitted the Roosevelt’s plight was a challenge for military readiness, noting that defence forces worldwide are equally confronted by the pandemic.

“The plan at this time is to remove as many people off the Teddy Roosevelt as we can, understanding that we have to leave a certain amount of folks on-board to perform normal watch-standing duties that keep the ship running,” Rear Admiral John Menoni, commander for the Marianas region, told reporters in Guam on Wednesday.

Earlier this week, the captain told the Pentagon that the new coronavirus was spreading uncontrollably through his ship and called for immediate help to quarantine its crew.

“The spread of the disease is ongoing and accelerating,” Captain Brett Crozier wrote in a letter to superiors.

“We are not at war. Sailors do not need to die,” he pleaded.

“Removing the majority of personnel from a deployed US nuclear aircraft carrier and isolating them for two weeks may seem like an extraordinary measure,” Crozier said. “This is a necessary risk.”

READ: ‘Sailors do not need to die,’ warns captain of coronavirus-hit US aircraft carrier

Menoni said a plan was being developed to get as many sailors off the ship as possible, and they were awaiting the arrival of 40 US Marines health specialists to help in testing.

He said only sailors deemed healthy would be housed outside the Guam naval base, a strategically important Pentagon port in the middle of the western Pacific Ocean.

“No one is allowed off the base unless they have tested negative for COVID-19,” Menoni said.

Crozier did not give the number of infections aboard the ship, and the Navy is not offering figures for security reasons.

But one official said it was fewer than the 100 reported by US media.

More than 1,400 Defence Department employees, contractors and dependents have been infected by the novel coronavirus, including 771 military personnel, the Pentagon said.

READ: US has most COVID-19 cases in the world

The Roosevelt’s docking in Guam on Mar 28 left both of the Pentagon’s western Pacific aircraft carriers in port, with the USS Ronald Reagan berthed in Japan, also reportedly suffering an unknown number of coronavirus cases.

On Tuesday, Acting Navy Secretary Thomas Modly admitted it was a challenge for US forces’ defence readiness.

“This is a unique circumstance and we’re working through it, and trying to maintain that proper balance, to ensure our friends and allies, and most importantly our foes and adversaries out there, understand that we are not standing down,” he told CNN.

“We have the responsibility to protect the seas and to protect our friends and allies around the world. We have to adjust the best way we can to do that.”

Defence Secretary Mark Esper said he did not see anyone testing US military readiness amid the pandemic.

“Not at this time,” he said on Tuesday.

“What we find, tend to find right now, it’s that a lot of countries have turned inward and are focusing inward,” he said.