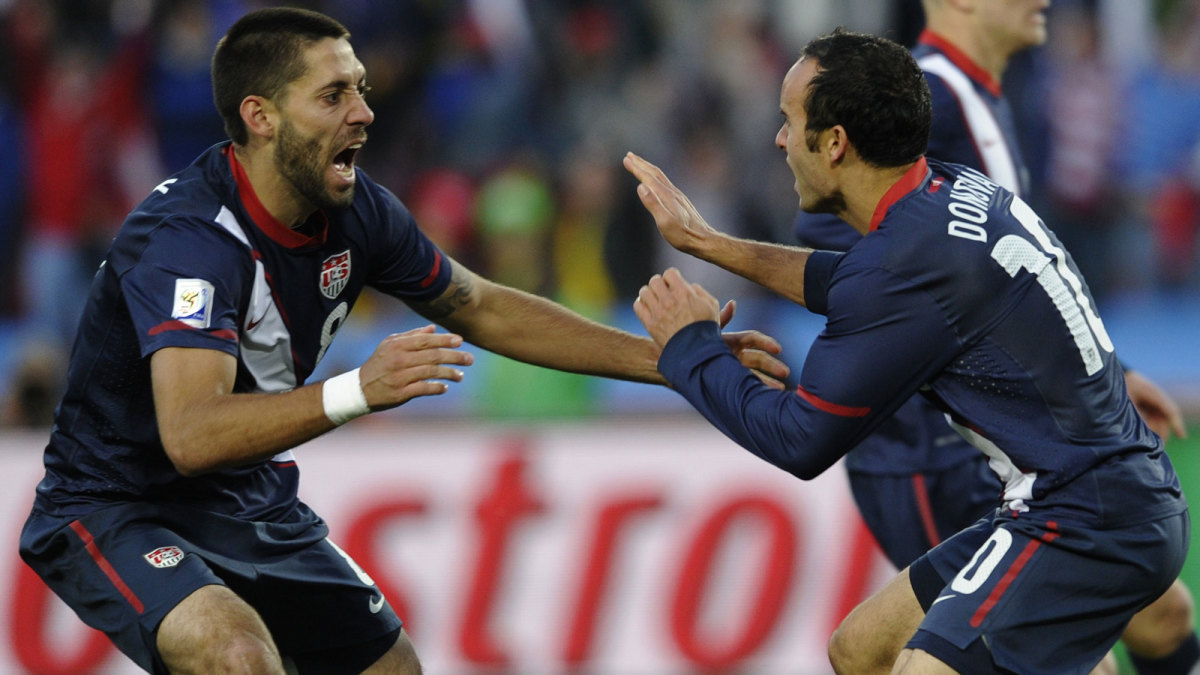 It’s soccer Mailbag time again, and I want to thank you all for giving me some good questions to put a smile on my face at a tough time.

Who are your all-time Top 5 players, in order, for USMNT and USWNT? – @PlaintiveWhale

2. Clint Dempsey. Tied for all-time lead in goals, nobody in a U.S. jersey has ever been tougher.

3. Brad Friedel/Kasey Keller/Tim Howard. Didn’t want to use three spots in my top 5 for goalkeepers, so these three—who all had tremendous attributes and resumes—share the nod.

4. Claudio Reyna. So much skill and soccer sense. A sterling European club career and a majestic 2010 World Cup performance.

5. DaMarcus Beasley. Tough call here between Beasley and Tab Ramos, but Beasley ends up getting it for more significant club achievements, greater longevity and being the only American male to play in four World Cups. (Christian Pulisic will no doubt make this list eventually, but his national team resume still needs more on it.)

1. Michelle Akers. The best forward of all time became one of the best defensive midfielders of all time.

4. Carli Lloyd. The two-time world player of the year will always be synonymous with the 2015 World Cup—but she’s also the best big-game player in U.S. history, too.

5. Hope Solo. Hard to leave Megan Rapinoe off this list, but Solo is peerless as a goalkeeper in the history of the women’s game.

Oh, wow. I’ll give you a couple choices based on different degrees of weird:

August 3, 1998: What’s weird to me now about this story was that the USWNT came to New York City—for a tournament out on Long Island—and basically nobody in the media was interested. This was a year before the groundbreaking 1999 World Cup. I remember going to one interview session on the Upper West Side of NYC, and the only other media member I can remember who was there was David Hirshey. My Sports Illustrated story ended up being about the groundswell of adulation from young girls that had sprung up organically around Mia Hamm and teammates despite little media coverage. This story was also the one where I coined the term “pigtailed hooligans” to describe those USWNT fans.

August 30, 2004: In a magazine story published after the semifinals of the 2004 Olympics, I got then U.S. Soccer president Dr. Bob Contiguglia to confirm that he had been approached by Brandi Chastain the previous winter at an event where, speaking for the USWNT veterans, she asked for coach April Heinrichs to be fired. Contiguglia said no. When Caitlin Murray’s book The National Team was released last year, she revealed a story from Cat Whitehill that she had been benched by Henrichs after the first three games of that tournament for Chastain—and was told by Heinrichs it wasn’t the coach’s decision. Seems likely that because U.S. Soccer knew the story was coming, they didn’t want to make it seem like Chastain was being punished, and so she was returned to the starting lineup during the tournament. (The U.S. went on to win the gold medal, anyway.)

Late-night currywurst in Hamburg during World Cup 2006 takes the prize for both best and worst in my book. Best in the immediate gratification after a long day of work when I was totally hungry and had no other options. And worst for every moment that night in my stomach after that. Other in the “best” category: Biltong at South Africa 2010; steak frites at France 1998 and 2019; sushi and Korean BBQ at Japan/South Korea 2002; Nuremberg sausage at Germany 2006; pão de queijo (aka Brazilian cheezy poofs) at Brazil 2014; the city of Montreal at Canada 2015 and any and all Georgian food at Russia 2018.

I’ve been watching a lot of the replays of the USWNT games. If the four teams that won the World Cup were to play a tournament against each other, which one would come out on top? – @KurtSchwabie

All four U.S. World Cup-winning teams are fantastic, of course, and there’s plenty of overlap with the same players, whether they were on both the 1991 and ’99 teams or both the 2015 and ’19 teams. (Or in the case of Christie Rampone, on both the ’99 and ’15 teams.) In the women’s game, especially, the growth of the competition and the tactical aspects has been dramatic in a relatively short period of time, so naturally the overall quality of the more recent teams is going to be better in my opinion. That said, the leadership on the U.S. teams of the 1990s was incredible, led by Heinrichs, Julie Foudy and Carla Overbeck, and the Akers of 1991 was (again, in my opinion) the greatest player of all time.

So what if they played a tournament? If I had to pick, here would be the order:

• 2019 USWNT. Just a dominant team in every respect, as it showed during each game of the World Cup, scoring early in almost all of them. The only real challenges came from Spain and England—two symbols of how much the women’s game has grown in Europe—but honestly, the U.S. never found itself in a tough spot in this tournament.

• 2015 USWNT. Lloyd was easily the star of this team in the knockout rounds, but if you’re comparing it to the ’19 team, this one wasn’t as dominant and suffered from Alex Morgan not being at 100% health-wise. Still, the team-wide depth of quality and Solo in goal put this group ahead of the 1990s teams.

• 1991 USWNT. This is the one departure from chronology that I’ll make here, and I’ll do it because Akers in her prime as a forward was a force of nature and the best player in the history of the game. Teenaged Hamm, Foudy and Kristine Lilly weren’t quite the players they would become, but they were still energetic and effective, and Heinrichs and Carin Jennings-Gabarra gave the U.S. its best front three other than in 2019.

• 1999 USWNT. The most famous USWNT of all time deserves every accolade it has gotten, and so many things had to come together to make ’99 the most important women’s sporting event in history. But I’m going to commit heresy here and say that from a pure soccer perspective I think this group would lose the third-place game in our four-team tournament. This is nit-picking, obviously, but the lack of speed in the back would likely get exposed at some point.

Might this worldwide economic crisis help MLS in the global soccer market over the long term? Thought is that MLS owners have deeper pockets than non-elite clubs in European top flights as well as South American clubs. So maybe this accelerates MLS player recruiting efforts. – @dabes2

Hard to say. Yes, MLS owners are billionaires, but they’re still going to take a hit from this economic collapse, not least because MLS relies more on gate receipts as a percentage of revenue than other leagues in the world. But the market definitely is going to change—don’t look for any $100 million transfers this summer—and we could see an acceleration of South American stars coming to MLS like we have with Miguel Almirón, Pity Martínez, Ezequiel Barco, Diego Rossi and others.

Who’s the bigger threat to the USWNT for Olympic gold, the Netherlands or Great Britain – @Avery2317

Well, we’re more than a year out, so a lot could change. But with England trending downward heavily since the World Cup, I would bet on the Dutch being a tougher Olympic opponent for the USWNT.

Al Michaels calling 1980 Olympic ice hockey is the gold standard. I wish I had more examples from soccer, but that didn’t work out great with Gus Johnson and Dave O’Brien. Then again, I thought Mike Tirico was very good during World Cup 2014.

Thanks for reading, everyone, and stay safe!