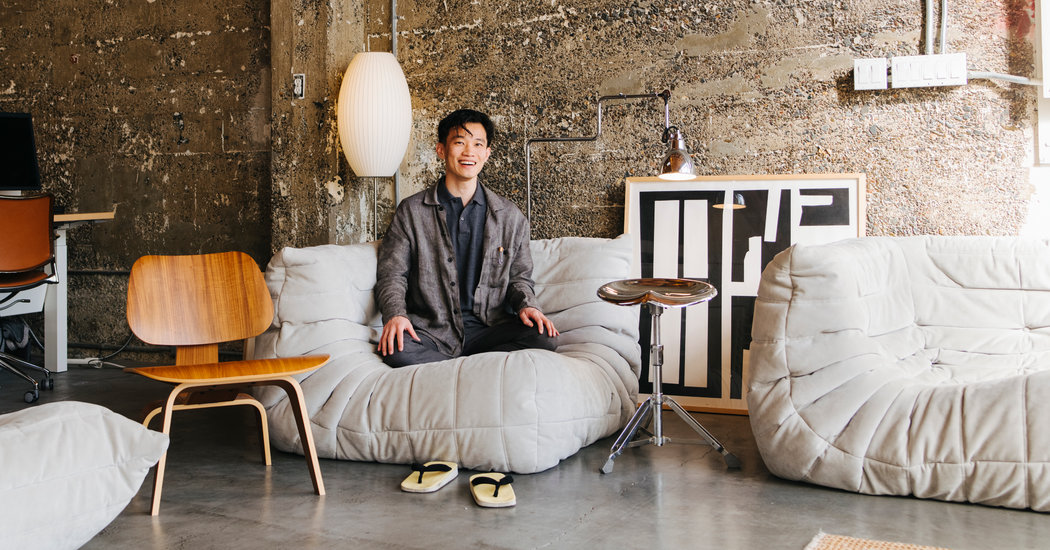 SAN FRANCISCO — The spread of the coronavirus has meant feast or famine for technology start-ups. While many are cutting staff and slashing costs as they reel from the outbreak’s fallout, others have experienced a surge in demand.

One of the lucky ones is Notion, a workplace productivity start-up based in San Francisco, whose tools help people organize and track their work. With more people working remotely now and turning to such products, new customer sign-ups hit a new high for Notion in recent weeks.

That allowed the start-up to garner new funding. On Wednesday, Notion said it raised $50 million from Index Ventures and other investors that valued it at $2 billion. Notion had previously been valued at $800 million.

The fund-raising was completed in 36 hours last week after the virus pushed Ivan Zhao, Notion’s founder and chief executive, and Akshay Kothari, Notion’s chief operating officer, to rethink their previous position of not relying too much on venture capital.

In a moment of uncertainty, Mr. Kothari said, “financing is a signal of stability, which is important for us.”

So they called Sarah Cannon, an investor at Index Ventures who had been courting Notion for over a year. “When the world changed, they changed their mind,” she said.

Notion is emblematic of the kind of technology start-up that may be in a position to survive the shakeout in Silicon Valley. Its tools help office workers, now quarantined in their homes, work together more seamlessly. Notion is also profitable.

Before the most recent funding, Notion, which was founded in 2013, had raised $17 million. The company declined to disclose its revenue, but said it had made money since 2018.

Notion’s stark black-and-white product offers “templates” of checklists and projects for, say, bringing on new hires, tracking product development, or managing editorial calendars for marketers. People use Notion in place of note-taking apps, collaboration services or writing software, and they pay a monthly fee of $4 to $20 each for extra features like more security and storage.

Ram Shriram, a venture capitalist who invested in Notion in 2013, said that at many businesses, “a lot of the products we use were designed in the 1990s.” There is room for new workplace tools that take advantage of the internet and other advances so people can collaborate and have the most up-to-date data while they work, he said.

Mr. Zhao started Notion after graduating from the University of British Columbia and working at Inkling, a document-sharing start-up in San Francisco. He initially raised $2 million, which he spent on developing a product over several years.

At one point, Notion ran dangerously low on cash and laid off four employees. In 2016, Mr. Zhao borrowed $150,000 from his mother to keep the start-up afloat.

The tide turned that same year when Mr. Zhao released Notion’s software product. It quickly caught on among techies and early adopters at companies like Samsung and Hearst.

At MetaLab, a 140-person design agency in Vancouver, Notion has now replaced 12 different tools, including Google Slides and Trello, a list-making service. MetaLab said it used Notion to present work to clients and to collect their feedback all in one place, among other tasks.

“It’s not trying to be everything to everyone,” Justin Watt, MetaLab’s director of operations and marketing, said of the software. “The killer feature is that it is what you make of it.”

That traction attracted venture capitalists and others who wanted to invest in Notion last year. But Shana Fisher, an investor at Third Kind Venture Capital who had earlier backed the start-up, cautioned Mr. Zhao about raising too much capital because it could be distracting.

Notion has users in countries including Russia, Japan and Germany. Since last May, its users have organized more than 180 meet-ups in 21 countries and 52 cities.

By early last year, Notion had nearly one million users. That has since quadrupled, Mr. Kothari said.

The company has stayed small, with 42 employees. People eager to work there have gone to surprising lengths for attention — one recently sent a package of cupcakes decorated with his own face and the words “Hire me!”

Mr. Zhao said he was wary of bloat slowing the start-up down and degrading the quality of its product.

“‘Moby Dick’ is written by one person,” he said. “Adding another person doesn’t necessarily give you a higher-quality ‘Moby Dick.’ It doesn’t even necessarily make it faster.”

The start-up is now in a tricky stage of building on its growth with more established customers. Last year, Notion expanded its service to larger corporate clients, who typically need armies of sales representatives and who negotiate complicated contracts.

Notion has hired seven salespeople, who will not be able to visit clients in person while social distancing is in effect. It is also building new features into its software — like options for dictating who can access and edit documents — to satisfy larger companies’ legal, security and compliance requirements.

Mr. Kothari said Notion could have easily raised more than $50 million, but that amount gives the company at least 10 years of financing to operate.