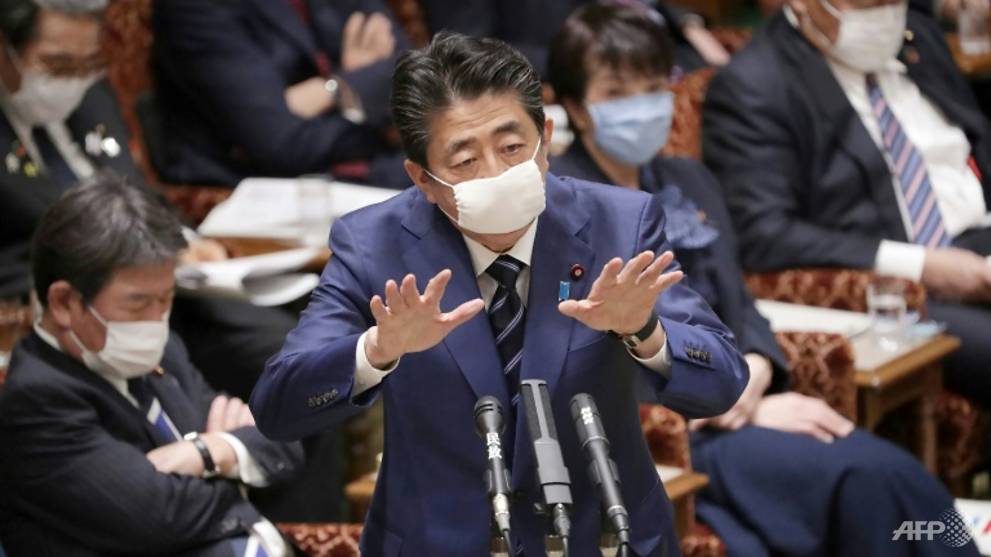 TOKYO: Japan will bar visitors from the United States, China and most of Europe, the prime minister said Wednesday (Apr 1) as the country seeks to stem a recent rise in coronavirus cases.

The entry ban, which will also apply to Australia, Britain, South Korea and many Southeast Asia countries, will take effect on Friday, Shinzo Abe’s government said.

READ: With Japan on brink of COVID-19 emergency, Tokyo might keep schools closed till May

A total of 73 countries were now subject to the measure, Abe told a government meeting.

Japan has also requested all travellers to the country, including its own citizens, to self-isolate and avoid public transport for two weeks from Friday.

The measures come as Abe weighs a state of emergency in Japan that would hand regional authorities greater power to request people to stay indoors.

Japan has not yet had the sort of explosion of infections seen in the United States and parts of Europe. But a recent spike in cases in Tokyo has raised concerns as dozens of new cases emerge daily.

The city’s governor Yuriko Koike has asked residents to work from home where possible, avoid going out at night and urged the city’s vast population to stay indoors over the weekend.

Her advice appeared to be widely heeded over the weekend, helped by unseasonable snow on Sunday, as normally teeming streets fell quiet.

On Wednesday, authorities announced that high schools in the capital would remain closed until after the Golden Week holiday in early May, extending a shutdown that began in February.

To cushion the impact on the world’s third-largest economy, Abe has vowed to unveil in the coming days a stimulus package bigger than the one introduced during the 2008 financial crisis.

As of Wednesday, Japan had registered 2,178 cases of the new coronavirus, with 57 deaths.

Among the fatalities was one of Japan’s most popular comedians, Ken Shimura, whose death announced Monday shocked the country.

The tally does not include the virus-stricken Diamond Princess, a cruise ship off Yokohama that had more than 700 infections.