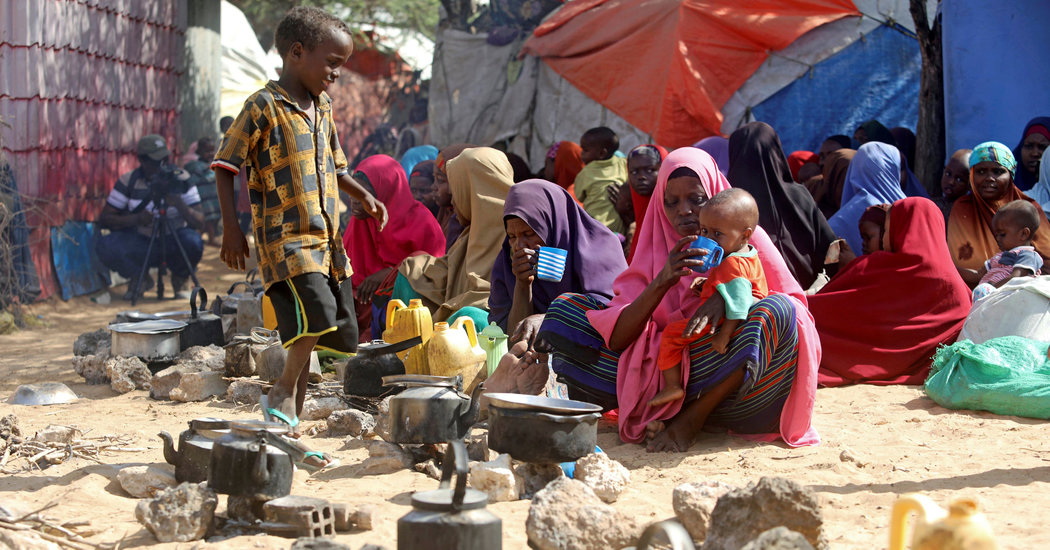 WASHINGTON — Two American airstrikes in Somalia in February killed two civilians and injured three more, the human rights group Amnesty International has alleged in a new report. The United States Africa Command has acknowledged those strikes happened, but said they killed only terrorists with the Qaeda-affiliated group Al Shabab.

The strikes were part of a series of American airstrikes targeting the Shabab after it carried out an assault on an air base in Manda Bay, Kenya, in January, killing three Americans and causing millions of dollars in damage.

“Nothing can excuse flouting the laws of war,” said Abdullahi Hassan, Amnesty International’s Somalia researcher. “Any U.S. or Somalia government response to Al Shabab attacks must distinguish between fighters and civilians and take all feasible precautions to avoid harm to civilians.”

Without going into specifics, Africa Command, or Africom, said it was reviewing the allegations. Military officials said the command had gone out of its way to minimize civilian casualties in its long-running fight against the Shabab.

Disputes over civilian casualties are common in Somalia, where much is murky. Africom discloses strikes but typically no details beyond their location and its assessment that it hit only terrorists and no civilians. Officials tend to rebut allegations of bystander deaths by gesturing toward intelligence reports that cannot be released because of classification.

“There have been previous allegations that have been wrong,” said Col. Christopher P. Karns, an Africa Command spokesman. “Fundamentally nobody wants to believe a colleague or loved one is a member of Al Shabab because of what this group is capable of and the emptiness it represents.”

He said the ability of Shabab militants to blend into society has meant that allegations of civilian casualties do not “always match facts and reality.”

In a statement on Tuesday, Gen. Stephen J. Townsend, the commander of Africom, said the command was “reviewing and revising” its tracking and reporting of civilian casualties. It will publicize new findings by the end of April, he said, and issue quarterly updates in the future.

The strikes tend to be in Shabab-controlled territory, making the regions too dangerous for human rights investigators or journalists to visit. Amnesty said its researchers interviewed witnesses over the telephone, and studied photographs from the scenes and satellite imagery to reach its conclusions.

The United States has carried out occasional counterterrorism airstrikes in Somalia for more than a dozen years, but the frequency has risen considerably under the Trump administration and continues to surge. Africa Command disclosed 63 strikes last year, up from the previous record of 47 in 2018.

This year is on pace to set yet another record, with about 32 to date.

The first mission the Amnesty report criticizes is a Feb. 2 airstrike near the city of Jilib. An Africom news release said the strike killed one terrorist and no civilians. A website that Amnesty described as Shabab friendly claimed the strike killed a disabled girl and wounded her mother and sister. But neither report was accurate, the group said.

Instead, it said, the strike hit a house where a family of five had just sat down for dinner. It said one young woman, Nurto Kusow Omar Abukar, 18, was killed after being struck in the head by a metal fragment. Her grandmother and two younger sisters were injured by shrapnel but survived, the report said.

“Al Shabab fully controls Jilib, and members of the group live in homes in the city,” the report said. “It is plausible that Africom was targeting a nearby residence that might have contained Al Shabab members.”

The report quoted the girls’ father, Kusow Omar Abukar, whom it said was not injured, describing the blast. It described him as a 50-year-old farmer whose relatives said he was not a member of Al Shabab.

The other strike criticized in the report took place on Feb. 24, several miles north of Jilib. An Africa Command news release disclosing the strike said it killed one terrorist and no civilians.

Colonel Karns said Africom was examining the strikes. “We have a few allegations that we consider open and are still looking into,” he said. “We want to get it right.”

The Amnesty International report identified the dead man as Mohamud Salad Mohamud, and said he was a banana farmer and a branch office manager for a telecommunications company. Mr. Mohamud had just returned from several weeks in Mogadishu, including for a medical appointment, the report said, adding that its researcher had seen medical records.

It also cited two officials with the telecommunications company denying that Mr. Mohamud was a member of Al Shabab. They also said the group had arrested him several times for disobeying its instructions.

The report described a gruesome scene of Mr. Mohamud’s killing, saying Amnesty had reviewed photographs of the aftermath. He left behind a wife and eight children, it said.

Amnesty has a history of disagreements with Africa Command about whether its strikes in Somalia have killed civilians. A year ago, the group issued a report saying it had found evidence of 14 civilian deaths from five airstrikes there since 2017, when President Trump relaxed targeting rules intended to protect civilians as part of a major escalation in the drone war there.

Africom, which had claimed zero civilian casualties in its news releases disclosing strikes, disputed the findings. But a month later, the command issued a rare mea culpa, saying that its own records showed that an April 2018 attack had killed two civilians, contrary to its news release about that strike.

The discovery of the discrepancy followed an internal review of all airstrikes since 2007 ordered by Gen. Thomas D. Waldhauser, Africom’s commander at the time, because of the March 2019 Amnesty International report. Complicating matters, the strike that Africom belatedly acknowledged killed two civilians was not among those identified by the human rights group.