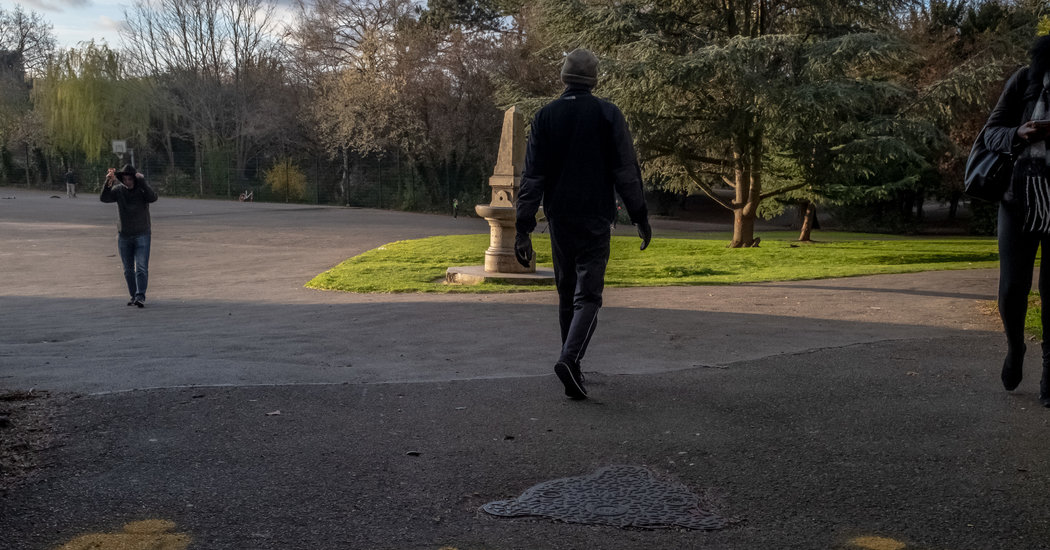 In the M.I.T.-led project, researchers are preparing to promote a survey app that they developed with the help of engineers from Pinterest, the image-sharing site, whose co-founder, Ben Silbermann, was a high school classmate in Des Moines of Feng Zhang, a biochemist leading the M.I.T. survey effort.

Dr. Zhang said that he and his colleagues hit on the idea for the surveys just after they began working from home a few weeks ago. One of them, who had been a student of Dr. Segal’s in Israel, saw mention of the Israeli survey project, and the two groups began to coordinate.

Dr. Zhang and Dr. Segal are already taking their project to other corners of the globe: A white paper they drafted has co-authors in Argentina, Canada, Estonia, Germany, Luxembourg, Slovenia, Sweden and Switzerland.

One area of difference among the surveys concerns privacy.

The British survey allows people to volunteer personal information, and Dr. Spector said it might become possible to tie in the survey results to the National Health Service’s database. The Massachusetts General project allows cancer patients in clinical trials to provide contact information for their study physicians if they choose, “to let them know if they are developing symptoms,” Dr. Chan said.

But the Israeli questionnaires ask only the name of a respondent’s street, not the house number. And Olivier Elemento, director of Weill Cornell’s Englander Institute for Precision Medicine in New York, said its own survey, which includes a dashboard so respondents can see how the data is used, was deliberately collecting only county-level information.

“We want people to feel they can participate without any fear of being identified,” he said.

The researchers acknowledge without hesitation that surveys completed by laypeople without corroboration by scientists or physicians will lack the precision of more methodical research. But they say widespread participation will produce enough data to largely overcome the effects of personal variations.

“Given the speed of the pandemic, we don’t have the luxury of waiting to validate every report we get in from a participant,” said Dr. Chan, the epidemiologist at Massachusetts General. “We need to act quickly.”