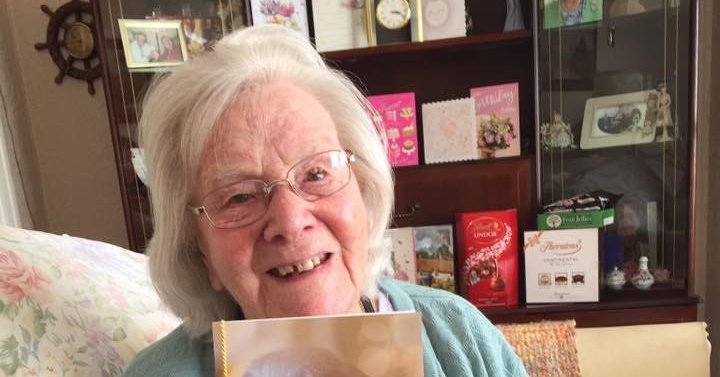 Hilda Churchill survived the Great War, the 1918 Spanish flu pandemic that claimed her baby sister, and World War II, but eight days before her 109th birthday she became Britain’s oldest recorded victim of the coronavirus.

Mrs. Churchill died on Saturday at a nursing home near Salford in Greater Manchester, her grandson Will Hadcroft said.

Mrs. Churchill, a retired seamstress, never smoked or drank much. She had recently been in protective isolation for several days but began showing symptoms of the virus four days before she died. She tested positive for the virus only the night before.

She was born in 1911 in Crewe, south of Manchester, where seven years later the flu struck every member of her family except her and her mother. Her father collapsed in the street. Her year-old sister, Beryl May, died.

“She remembered standing at her bedroom window and seeing this little coffin carrying her baby sister being put into a carriage and being taken away,” another grandson, Anthony Churchill, told The Guardian.

He quoted her as saying that the latest pandemic was similar except that in 1918 “there were no planes, and somehow it still managed to spread everywhere.”

With her husband, who was seeking work during the Depression, she moved to Little Hulton, near Manchester, where he became head tailor at the Burton men’s wear store. He died in 1992.

Until 10 months ago, when she moved into the Kenyon Lodge Care Home in Little Hulton, she lived alone in her home nearby.