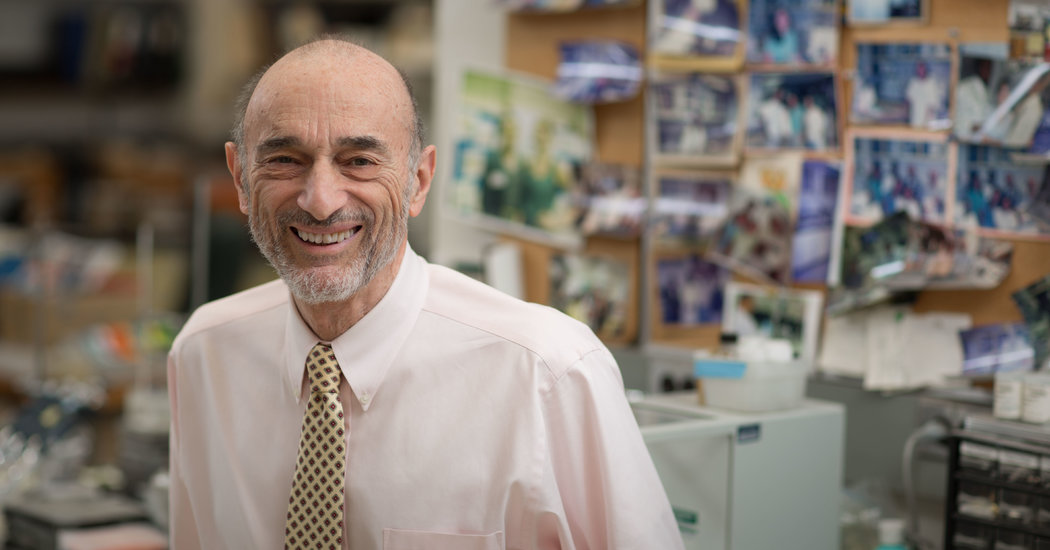 George Preti, an organic chemist who devoted his career to studying bodily odors and how they can be weaponized in detecting disease, died on March 3 in Hatboro, Pa. He was 75.

The cause was bladder cancer, according to the Monell Chemical Senses Center, a Philadelphia-based research institution funded by philanthropy, government grants and corporate sponsorships.

Ever since he was a regular passenger on the New York City subways, Dr. Preti (pronounced PRET-ee) had thrived on pungency, discovering how individual smells can distinguish human beings like fingerprints.

“We’re all little chemistry factories,” he told The New York Times in 1995. “We have bacteria mingling with excretions from the body that form a variety of odors depending on what part of the body we’re talking about.”

His studies of the chemistry and biology of human body odors examined in particular their potential for diagnosing disease. He collaborated with cancer specialists and animal behaviorists, for example, to train dogs to identify odor profiles of ovarian cancer from blood samples. By the time ovarian cancer is typically detected by a scan or by physical sensation, it has spread to other organs. Dr. Preti’s goal, which he was working toward at his death, was to perfect what would amount to an electronic nose.

Each study served a purpose. Animal secretions, for example, could generate clues about sexual attraction and socialization. Analyzing the composition of swine slurry helped lead to an industrial-strength deodorant.

Dr. Preti held a number of patents, including on a means of identifying specific diseases through human body odor.

Dr. Preti’s introduction to scents and sensibilities was more august.

His doctoral dissertation was titled “A Study of the Organic Compounds in the Lunar Crust and in Terrestrial Model Systems.” When he was granted his doctorate and accepted a fellowship at the Monell Chemical Senses Center in 1971, he discovered that the same gas chromatography and mass spectrometry used to analyze Moon dust (he kept a vial on his desk to impress visitors) could identify odor-causing chemicals, volatile organic compounds, molecules and isomers (molecules with the same chemical formula but different chemical structures).

George Preti was born on Oct. 7, 1944, in Brooklyn to Mario Preti, who owned a coffee shop where he also cooked, and Sylvia (Sempepos) Preti, a homemaker.

After graduating from Fort Hamilton High School, he received a bachelor of science degree in chemistry in 1966 from the Polytechnic Institute of Brooklyn (now the Tandon School of Engineering of New York University). He earned a doctorate in chemistry from the Massachusetts Institute of Technology.

He is survived by his wife, Kathleen (Egan) Preti; his son, Gregory; his daughter, Stephanie Ruscin; his sister, Christine Crockett; and three grandchildren.

Dr. Preti’s favorite foul smell was the one attributed to sweat, the signature aroma of a locker room.

The chemical cause of perspiration’s smell had earlier been mistakenly linked by other researchers to schizophrenia, but Dr. Preti’s team found that 3-methyl-2-hexenoic acid was what caused the smell that pharmaceutical and cosmetic firms make billions of dollars trying to mask.

The scientists discovered the cause after six male volunteers who worked at the Monell center went without using soap or deodorants for a week before the study began.

During nearly 50 years of research, Dr. Preti learned that women have a better sense of smell than men — particularly in detecting underarm odor; and he discovered that underarm chemicals can influence the menstrual cycle, a finding that could lead to novel methods of birth control and enhanced fertility.

Dr. Preti, who was an adjunct professor at the University of Pennsylvania and the executive editor of the scholarly journal Chemosensory Perception, acknowledged “the bizarre nature of my niche,” as he put it.

After all, how many people devote a career to finding a faulty digestive enzyme that makes patients smell fishy, or study a malady called maple syrup urine disease, or deal with untreated diabetics who evoke the odor of nail polish remover. (Their bodies burn fat instead of sugar and release acetone.)

Still, Dr. Preti told the University of Pennsylvania magazine in 2018, having a nose for detecting disorders is nothing new.

“Body odor as a diagnostic function has a long history going back to Hippocrates,” he said. “And if you think about it, going back a couple thousand years, physicians didn’t have much beyond their own senses to diagnose a disease with.”