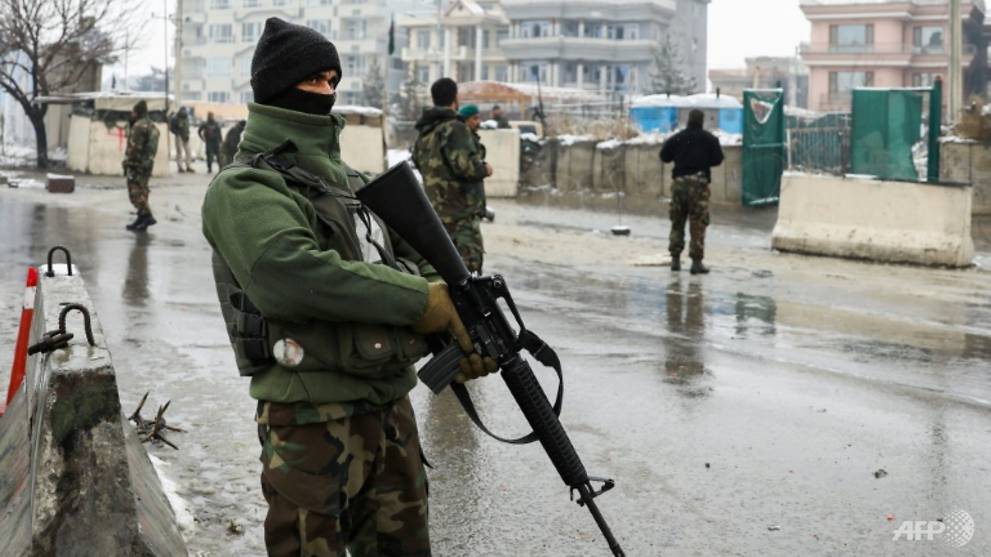 KABUL: Afghan government representatives have met with the Taliban in Kabul for the first time to discuss a prisoner swap aimed at jump-starting a floundering peace process, officials said on Wednesday (Apr 1).

The two sides met on Tuesday and again for several hours on Wednesday in talks being observed by the International Committee of the Red Cross, Afghanistan’s Office of the National Security Council said on Twitter.

“The two sides held face-to-face negotiations about the release of Afghan National Defence and Security Force personnel as well as Taliban prisoners,” the security council said.

It was the first time the hardline Islamists had been invited to the Afghan capital to meet directly with government officials since they were toppled in the US-led invasion of 2001.

The two sides had spoken previously in a video conference to discuss the prisoner issue.

Taliban spokesman Zabihullah Mujahid told AFP that a “technical team” was in Kabul purely to facilitate the prisoner swap, and not for additional negotiations.

“The prisoners to be released should be those whose names are on the list … that is why our technical team is there… it is not a negotiation, and there will be no political talks there”, Mujahid said.

Two Taliban sources – one from the group’s leadership council and the other from their political office in Doha – told AFP the three-member Taliban delegation travelled from Quetta in Pakistan to Kandahar late Monday, and then flew to Kabul.

The Doha source said there was still some dispute over the initial prisoner release numbers.

If the two sides can reach an agreement, the release would begin Saturday, the source said.

The teams met in the Serena Hotel, a luxury facility in central Kabul that has been the scene of two Taliban-claimed attacks during the 18-year-old war.

Washington signed a deal with the Taliban in late February that promised the withdrawal of US and foreign troops from Afghanistan by July next year, provided the Taliban start talks with Kabul and adhere to other guarantees.

The deal required the Afghan government – which was not a signatory to the accord – to free 5,000 Taliban prisoners, and for the insurgents to release 1,000 pro-government captives in return.

The imbalance is one of many aspects of the agreement that observers say give the Taliban the better bargain.

The swap was supposed to have taken place by Mar 10, at which point peace talks between the Taliban and the government were meant to have begun.

But Kabul has been gripped by fresh political bickering and infighting, and the prisoner release was delayed.

The security situation has deteriorated, with a series of Taliban attacks killing at least 20 Afghan security force personnel on Sunday.

And on Wednesday, a roadside bomb killed at least seven civilians including six children in southern Helmand province. Authorities blamed the blast on the Taliban.