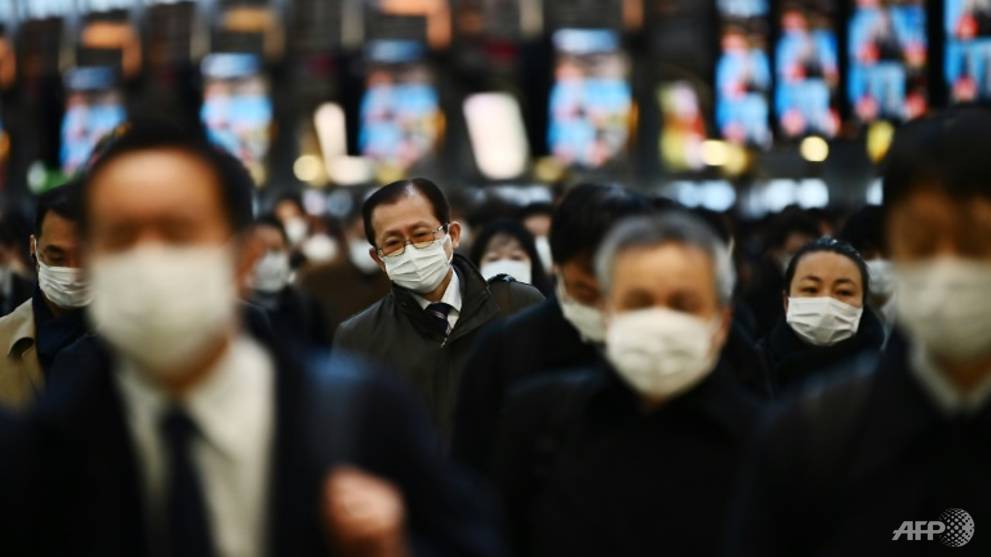 TOKYO: The longstanding stereotype of Japan’s office-bound “salaryman” is being tested as companies cautiously embrace working from home in a bid to stem the spread of the coronavirus.

Japan’s government has for years been trying to encourage firms to implement “flexible working patterns”, hoping that less demanding office hours will help women return to work after having children and men share more housework and childcare.

But uptake has been slow. A survey published last year found around 19 per cent of companies offered a telework option, but just 8.5 per cent of employees polled had tried it out.

Experts say part of the challenge is the social stigma attached to deviating from the “salaryman” stereotype of the suited-up office worker who proves his dedication by spending long hours at his desk.

Polls show “the Japanese still have this image that telework isn’t real work because you’re not physically in the office,” said Haruka Kazama, an economist at the Mizuho research institute.

That’s a view familiar to Yuki Sato, 35, currently experimenting with teleworking for the first time.

“The image of going to the office is very strong. You have to show that you work hard and long hours and that you help your colleagues,” Sato told AFP.

“With telework, we can’t show our goodwill and motivation,” he added.

But the spread of the new coronavirus has forced employers and workers to give telework a try in Japan, and Sato for one has been pleasantly surprised.

“Unlike I’d expected, it’s actually nice. Much easier than going to the office,” said Sato, who has been working at home since February when the government began asking workers to telework to avoid spreading the new coronavirus.

READ: COVID-19 epidemic ‘far from over’ in Asia: WHO official

He works for a Tokyo start-up, Phybbit, which offers services to counter digital fraud, and had never before tried working from home.

“This experience has completely changed my image of teleworking,” he told AFP in the small office he has set up in the family home he shares with his wife and two children.

For a start, it saves him two hours of commuting a day, meaning he has more time with his daughters, whose schools are currently closed.

“I can also give them their bath in the evening, something I could never do during the week before because I was never home before 8pm.”

Sato’s wife Hitomi takes primary care of their daughters, six-year-old Yurina and four-year-old Hidano and said she has welcomed the helping hand at home.

“I’m glad that he’s here, and the girls are happy to spend time with their dad,” she said.

The Japanese government has renewed its push for teleworking and off-peak commuting in recent years, hoping to ease the burden on the notoriously congested Tokyo public transport system, particularly ahead of the Olympics.

But there hasn’t been much enthusiasm.

Kunihiko Higa, a professor at the Tokyo Institute of Technology who specialises in flexible work options, attributes that to reluctant managers.

Many of them “consider teleworking only as a tool for workers,” he told AFP.

“In other words, they don’t understand that teleworking, if used in the right way, can be a management strategy tool.”

The coronavirus outbreak appears to have achieved what government campaigns could not, forcing the hands of firms who may previously have been reluctant.

“The situation has put their backs against the wall. They’ve been forced to give their employees the choice to telework,” said Kazama.

A poll carried out at the end of February by the Keidanren business association of nearly 400 major firms found nearly 70 per cent had already begun implementing teleworking or were planning to because of the pandemic.

The switch hasn’t been universal. Workers still cram onto commuter trains – albeit in smaller numbers – and Japan’s parliament is hardly setting the tone, continuing to hold sessions and ministerial press conferences.

And there is no guarantee yet that companies will continue to allow teleworking when the crisis eases.

But experts said being forced to try teleworking was likely to leave a lasting impact in Japan, with companies beginning to see working from home as a feasible and even attractive option.