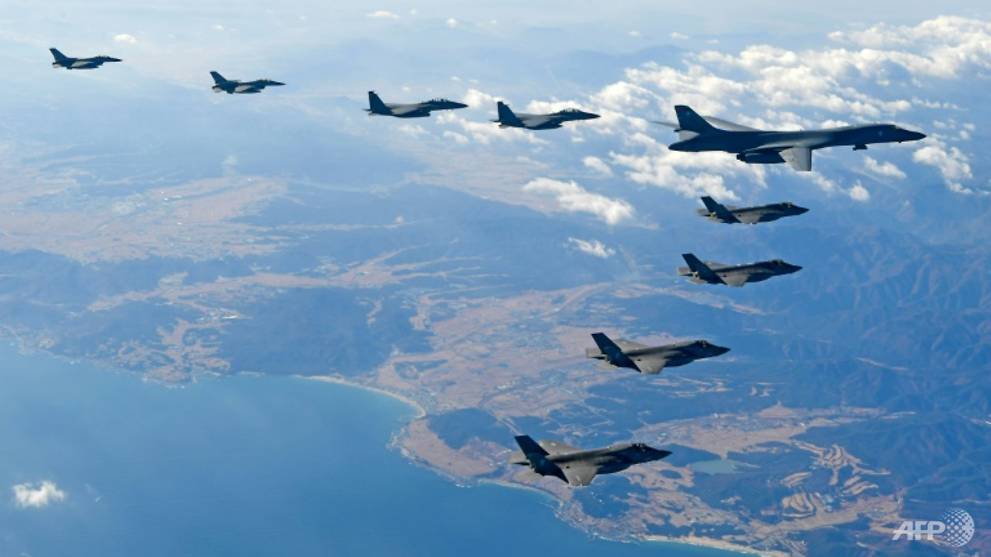 SEOUL: South Korea on Tuesday (Mar 31) criticised the US military’s decision to place thousands of Korean workers on unpaid leave this week, after the two allies failed to sign a new cost-sharing agreement.

South Korea and the United States are embroiled in a dispute dating back almost two years over how much each should pay to support the roughly 28,500 US troops stationed in South Korea, a legacy of the 1950-53 Korean War that ended in an armistice, rather than a peace treaty.

READ: US, South Korea mull scaling back military exercise due to COVID-19

With no new pact months after the last agreement expired at the end of 2019, about half of the nearly 9,000 South Koreans employed by the US military command will be placed on unpaid leave starting on Wednesday.

US officials have said they will cover the payroll for more than 4,500 workers deemed essential.

South Korean negotiator Jeong Eun-bo said South Korea regrets the move and the United States had not agreed to proposals that would have prevented the furloughs while a new so-called “Special Measures Agreement” (SMA) is hammered out.

“The decision by the US side to implement the unpaid leave for our workers as planned does not properly reflect the situation of the negotiations and we think this is regrettable,” Jeong told a briefing in Seoul.

“We urge the US to take measures to ensure the workers subject to the furlough scheme can swiftly return to work.”

The move comes as South Korea and the US military there battle outbreaks of the coronavirus, which has placed an economic strain on many residents. North Korea has also continued to test fire missiles, and South Korea said the furlough could undermine military readiness.

US officials have previously said that a separate deal to address the workers would have undermined efforts to reach an overall agreement.

A spokesman for United States Forces Korea (USFK) said the US Secretary of Defence had made a “generous contribution” in authorizing funding for the workers deemed to be working in “key life, health, safety, and readiness positions”.

“USFK will retain more than 4,500 Korean National employees – and furlough less than 4,500 – as we seek a swift conclusion to the SMA lapse and end the partial furlough,” USFK spokesman Colonel Lee Peters told Reuters.

He said he could not comment on the status of the negotiations.

Washington had demanded up to US$5 billion a year, more than five times the US$870 million that Seoul agreed to pay last year under a one-year deal, though US officials said they have “compromised” on the numbers.

Jeong said that the two countries had “substantially narrowed” their differences and were making the utmost effort to sign a new agreement soon.

“We expect an agreement to be finalised soon,” he said.