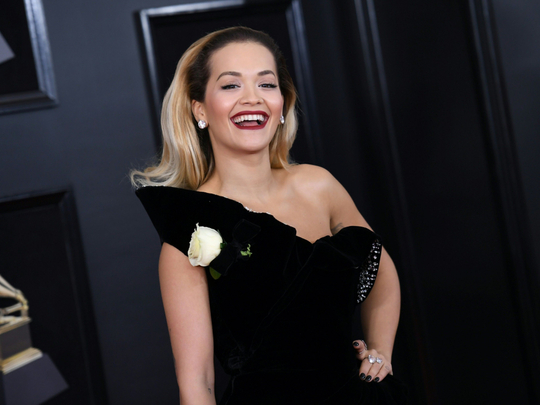 Singer Rita Ora has opened up about the struggles of her lifestyle in showbiz, saying she sometimes feels “lost” because of her job.

In an interview to Daily Star Online, the British star explained how much of a difference being in the industry makes to her life, reports mirror.co.uk.

“It happens all the time. Especially when I have done something like a show … I get home and I’m like, ‘Wow this is crazy’,” the singer continued.

The star says she likes to keep things real, and confessed that having a life in the public eye pushes her to work that bit harder. She said that she “always” wants to move onto the next thing, even if it does get slightly stressful at times.

“You have to find a medium with anything,” Ora added.

The ‘Let Me Love You’ hit maker said that she tries to keep a “normal” routine — by including meditating or talking to her friends on FaceTime.

Ora admitted that she still gets an adrenalin rush every time she goes onstage, and never takes her job for granted. She said: “I try to workout all the time to keep my sanity as you can really get lost in this world. I think it is important.”