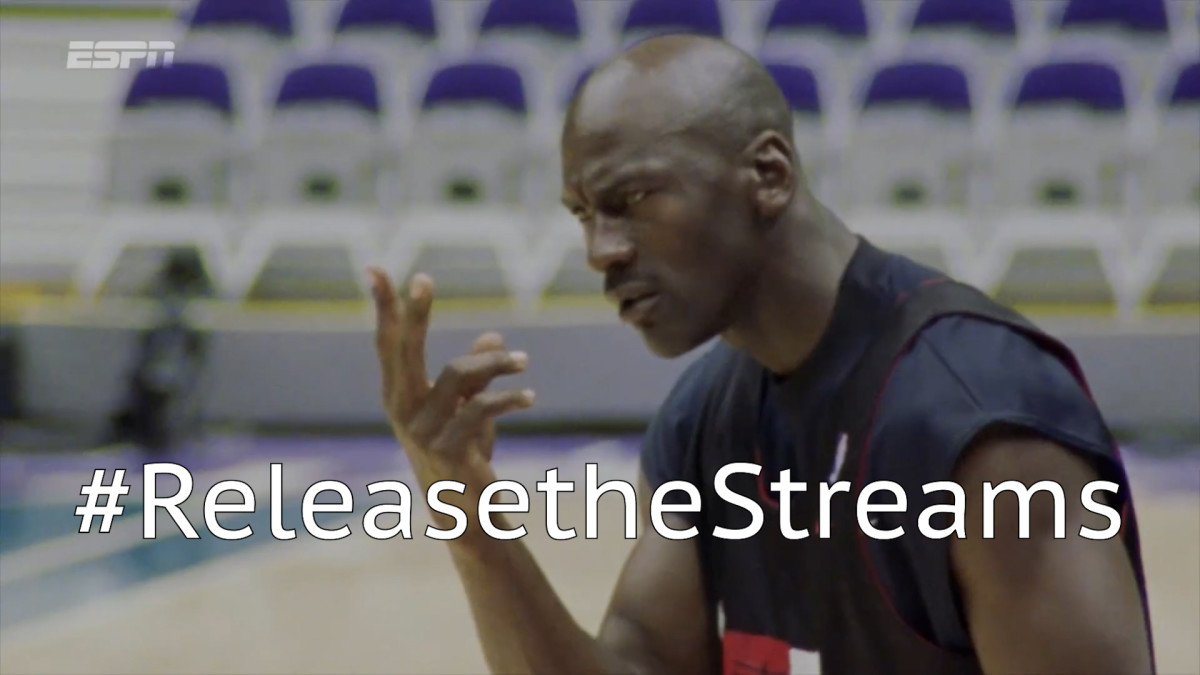 LeBron James asked and he received.

According to the New York Post’s Andrew Marchand ESPN and ABC will move the ten part Michael Jordan documentary The Last Dance from June to April. And while this is cause for celebration amongst sports fans amidst a world currently without sports, it shouldn’t stop there with His Airness.

If Jordan and LeBron can be brought together in harmony amongst the people then there is a bigger movement at play here…one that calls for everyone to #ReleasetheStreams . If you’re sitting on it, put it out. Immediately.

I understand there are financial ramifications and things haven’t exactly gone as planned. But let’s be honest. Things suck right now. And we all need some entertainment relief. Look what happened with the damn Tiger King. Disney is rich. What’s to stop them from dropping Black Widow now? Then perhaps the trend could continue with Wonder Woman 1984, James Bond No Time to Die and other flicks.

This goes for music too. If it is in the stash and it’s good, give it to us. Jay-Z put out a demo version of “Holy Grail“, which is better than the original if you ask me. The biggest artists could let go of loosies and this whole ordeal didn’t stop The Weeknd from having success with his new project either.

We all need things to take our minds off what is going on. I don’t think I speak for myself there. Now is the time. #Releasethestreams