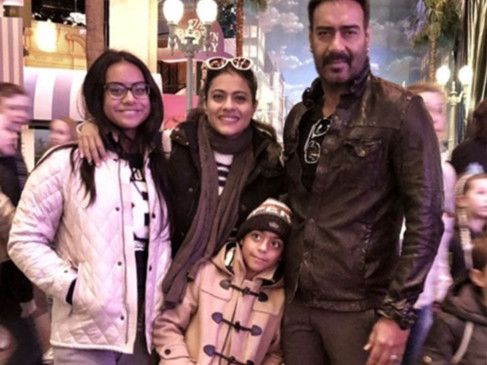 Bollywood actor Ajay Devgn took to Twitter on Monday evening to dismiss rumours that his actress-wife Kajol and daughter Nysa were sick.

In the last few days, unverified reports of Kajol and Nysa being down with Covid-19 emerged, forcing the actor to issue this clarification.

According to reports, Nysa who studies in Singapore returned to Mumbai a week ago along with her mother Kajol. They were in self-isolation in their home in Mumbai when reports that Kajol was seen rushing her daughter to a hospital emerged.

“Thank you for asking. Kajol & Nysa are absolutely fine. The rumour around their health is unfounded, untrue and baseless,” tweeted Devgn on March 30 evening.

Devgn is one of Bollywood’s most bankable heroes.

Due to the coronavirus outbreak, Devgn postponed the release of his cop drama Sooryavanshi, directed by Rohit Shetty.

In Bollywood, singer Kanika Kapoor is believed to be the first public figure from the Hindi film industry who contracted the Covid-19 disease. She’s currently recuperating.