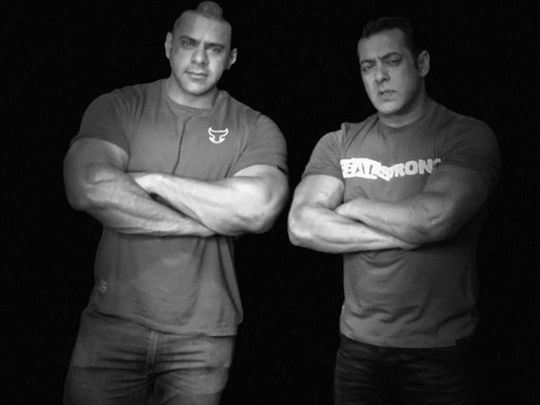 Bollywood actor Salman Khan took to Twitter to announce the death of his nephew Abdullah Khan who died in Mumbai due to an alleged lung infection. Abdullah was 38, and judging by the black and white picture that Khan posted with the message ‘Will always love you …’, the two were fitness enthusiasts.

According to reports, the ‘Dabangg’ star’s nephew was admitted to a hospital in Mumbai a few days ago and died due to complications arising from the lung infection. Reports further claim he suffered from diabetes.

Abdullah wasn’t a part of the Hindi film industry, but featured sporadically in Khan’s social media posts. A popular post of them was when Khan was seen lifting his well-built nephew on his shoulders and speaking to the camera.

Judging by the images that Khan has shared, the two were close.