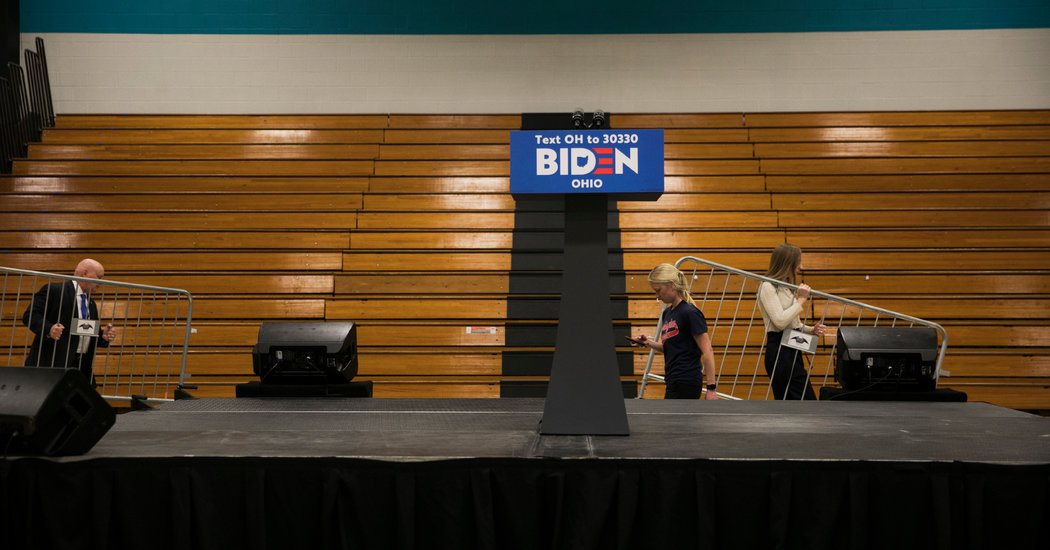 So she created a digital news consortium, Courier, with sites in key 2020 states. She started her own PAC, Pacronym, to attack Mr. Trump across the web, and, in a coup, hired the Facebook specialist assigned to Mr. Trump’s 2016 campaign.

But Acronym faced an existential challenge after a firm it backed, Shadow, won the rights to tabulate the Iowa caucus results, only to see its app fail to produce a final outcome. While Ms. McGowan’s donors and board stuck with her, a new round of hand-wringing about the party’s technology ensued.

The party’s hopes turned to Mr. Bloomberg and the tech-driven operation he vowed to use against Mr. Trump, win or lose. Earlier this month, he announced he was folding his digital tent along with his campaign.

A trans-Atlantic group called the Alliance of Democracies last year issued a “Pledge for Election Integrity,” forswearing the use of disinformation, troll networks and deceptively edited content.

The online list has nearly 200 signers from the European Union but only one from the United States — Mr. Biden.

Last week, the loneliness of Mr. Biden’s pledge was apparent as a false document purporting to show he had tested positive for Covid-19 began circulating on Twitter among Trump supporters, on 4Chan and in far-right Telegram groups.

Mr. Biden’s digital director, Rob Flaherty, said the campaign would respond forcefully when a false attack threatened to reach critical mass, and would keep pressing social media platforms to police false content. (Facebook ultimately agreed to label the deceptive Biden video partly false.) But, he said, the campaign would stick to Mr. Biden’s own pledges. “You ask people, what does ‘fight fire with fire’ mean?” he said. “They net out at ‘lie,’ and we’re just not going to do that.”