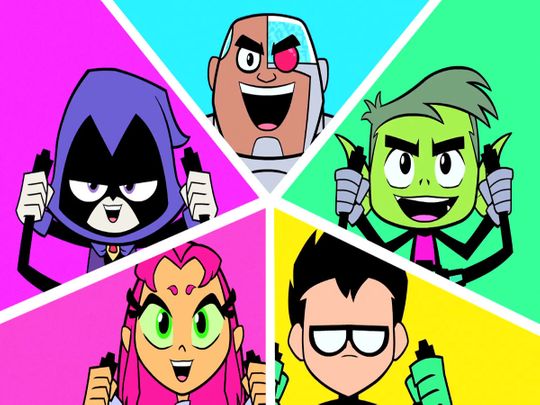 For the space adventure junkies:

Want to induct your tiny tots into the Star Wars universe? ‘Star Wars Galaxy of Adventures’ is arguably the best way to revisit some of the key moments from the Skywalker saga with your kids through fun and bite-sized (one- to two-minute-long) episodes. Season two is currently airing on YouTube and features characters such as Poe Dameron, Rey, Finn and our favourite space emo, Kylo Ren. Watch season one if you want your kids to get acquainted with the OG crew, including Luke Skywalker, Princess Leia, Han Solo and Chewbacca.

For valuable life lessons and an enduring story about friendship:

This story of healing, love, war and sacrifice is exactly what the doctor ordered for these bleak times. The Emmy-winning Nickelodeon show should be made essential viewing for every kid on this planet, as far as we are concerned. Following the adventures of the young air-bending avatar Aang, who awakens after a 100-year ‘coma’, and is tasked with reuniting the four magic kingdoms: fire, nation, air and earth, even as the Fire Nation looks to take over the entire world. Along the journey he’ll be helped by many, but none more so than Katara, a young water bender, and her warrior brother, Sokka. Expect laughter, adventure and some heartbreak.

For unlimited doses of laughter:

Hardcore fans of the original DC superhero group, Teen Titans, may scoff at the revamped, kiddy version, ‘Teen Titans Go!’. But those who dismiss it are missing out on a level of hilarious hijinks never before tested on a young audience that can also keep adults glued to the screens. I ‘Tee Titans Go!’, Robin, Starfire, Raven, Beast Boy and Cyborg deal with minor DC villains as they also experience adolescence together. Wacky adventures meet subtle social commentary in this bizzaro world, and superhero shows can never be the same again.

For some high-fantasy and magic:

Set in the fantasy continent of Xadia, ‘The Dragon Prince’ follows an age-old conflict between dragons, elves and humans. At the heart of the story is a unique-yet-familiar plot about two step-brothers who set out to reunite the three races again. Apart from high-stake action, romance and adventure, watch this show for important lessons on acceptance and diversity.