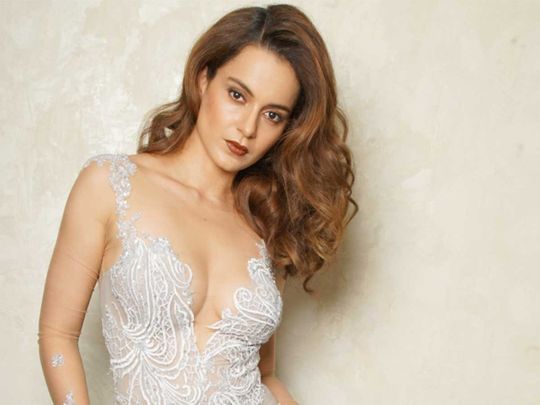 Bollywood actress Kangana Ranaut has been taking to social media during the nine-day Hindu festival of Navratri to address fans while she remains under quarantine with her family in Manali, Himachal Pradesh.

The actress took to her team Instagram account to talk about life under lockdown, while making some revelations about her own teenage years, including her struggle with drugs and running away from home at the age of 15.

Speaking in Hindi, the ‘Manikarnika’ actress said: “Greetings on the fifth day of Navratari. Many of you are probably bored at home right now, sad even or depressed. Many might even be crying. Good. Don’t take this a bad time in your life; the bad times are actually good in disguise. Now you must be saying that I am being philosophical, but that is not the case.”

Ranaut further continued: “Many actors today may not be able to say with confidence that are happy with their achievements, but I can say this. This is bigger than any award and adulation. But how did I get here? Friends, I was 15 or 16 years old when I ran away from home. I thought I could simply stretch my hand and pluck out stars from the sky.”

The 33-year-old actress explained that under two years of running away from home, she had already transformed into a “film star”. “I was a drug addict and I had so many issues going on in my life and fallen into such bad company that perhaps death was my only escape at the time. All these dangers had entered my life when I was just a teenager,” Ranaut continued.

The actress attributes her ability to extract herself from the situation to a “fight master”, who she did not name, who introduced her to the benefits of yoga and gave her a book, after which she decided Swami Vivekanand would become her teacher.

“I never blamed anyone for my situation and I think that is why I could work on myself,” Ranaut further added. “And if that moment had come into my life, I might have gotten lost in the crowd. I developed my willpower, sharpened my intellect, honed my talent and life and maintained my emotional health… I couldn’t have achieved any of this if I hadn’t received spiritual guidance.”

The actress further explained she embraced the concept of Brahmacharya while shooting for her film ‘Fashion’, adding: “Brahmacharya is not celibacy or just about celibacy. Brahmacharya has many good processes. So, all I want to say is that make use of this time. Bad times are the only good times.”