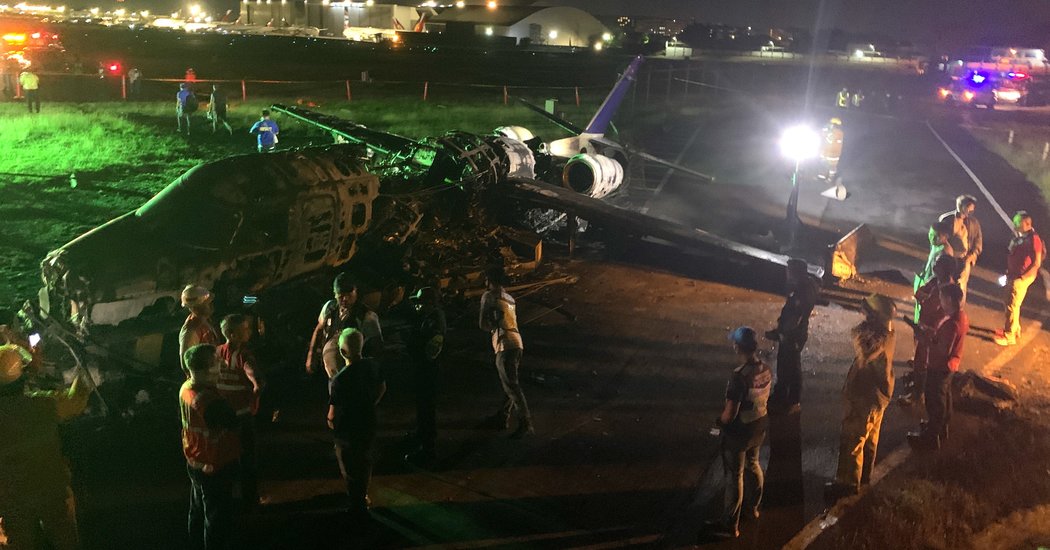 MANILA — A plane used as an air ambulance by the Philippine health department to fight the coronavirus outbreak burst into flames as it took off from Manila’s airport for Japan on Sunday night, killing all onboard, the airport said.

The airplane was carrying eight people, including the pilot and two crew members, a doctor, a nurse, a flight medic and an American and a Canadian passenger, according to local radio reports, citing airport officials.

It was not clear whether the passengers were being airlifted for treatment of the viral disease.

“Unfortunately, no passenger survived the accident,” the Manila International Airport Authority said in a statement, adding that the runway had been closed and an investigation was underway.

The Research Institute for Tropical Medicine, the Philippine agency at the forefront of combating the disease, uses the same aircraft from a Philippine company called Lionair to transport supplies to the medical workers on the front line in the provinces across the archipelago, the government said.

Senator Richard Gordon, the head of the Philippine Red Cross, said that medical teams had been dispatched to the airport to respond to the crash involving Flight 5880.

“Eight passengers — consisting of a flight medic, a nurse, doctor, three flight crew, one patient and its companion were onboard,” he said. “The airplane caught fire and exploded as it was taking off the NAIA runway 24, he added, referring to the Ninoy Aquino International Airport. “The fire was enormous.”

Lionair is used to provide charter flights to the country’s health department, though this plane was being used for a medical evacuation. It is separate from Lion Air, the Indonesian carrier that is one of the world’s fastest growing airlines. The budget carrier has racked up several fatal accidents, including the crash in 2018 of a 737 jetliner.