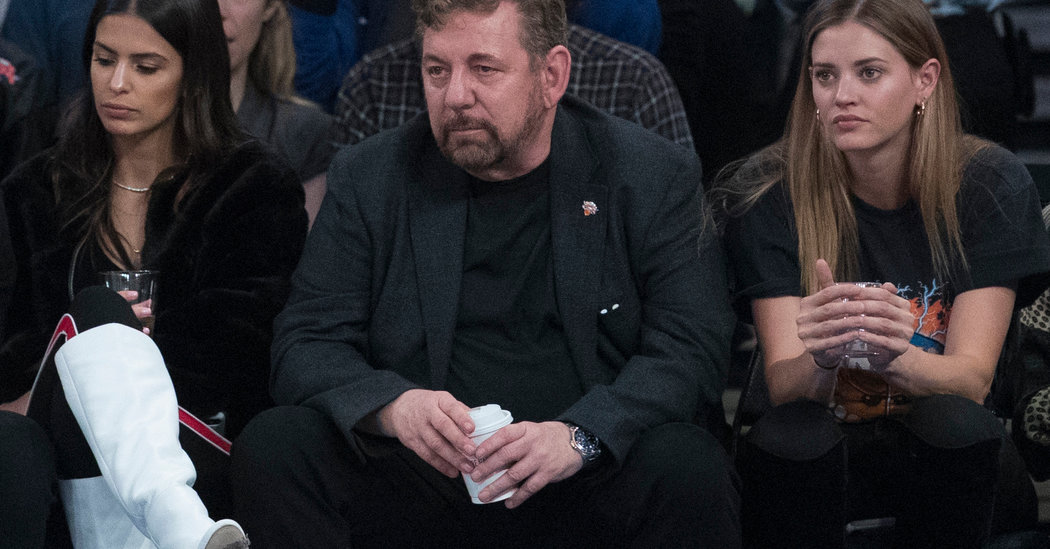 James L. Dolan, the owner of the Knicks, has tested positive for the coronavirus, the team announced Saturday night in a statement.

The statement said Dolan was in self-isolation but was “experiencing little to no symptoms.” He is the first owner in the N.B.A. publicly known to have tested positive for the virus, which has now caused at least 2,000 deaths in the United States. At least 10 N.B.A. players have also tested positive for the virus, and the N.B.A. season has been suspended since March 11.

It was not immediately clear how or why Dolan was tested, given the lack of available tests in the United States and in New York in particular. That several N.B.A. teams received testing, while those with less financial means and often more severe symptoms could not, has become a flash point in the wake of the season’s cancellation. Mayor Bill de Blasio of New York made critical comments this month after the Nets announced that four of their players had tested positive, though only one had shown symptoms.

The guidelines issued by the New York City Department of Health “strongly recommends against testing persons with mild illness who can be safely managed at home, unless a diagnosis may impact patient management.”

But in the case of professional sports franchises, they often have existing relationships with medical centers as well as their own team doctors.

On March 18, a week after the season had been suspended, a spokesman for the Knicks said: “We have been following the recommendations of local and national health officials and continue to monitor our players closely. As of now, with our players remaining asymptomatic, none of them have been tested for Covid-19. We will remain in close contact with health officials and the N.B.A. and N.H.L.”

A Knicks spokesman declined to comment on Dolan’s test. In the statement, the team said Dolan continued to oversee business operations.