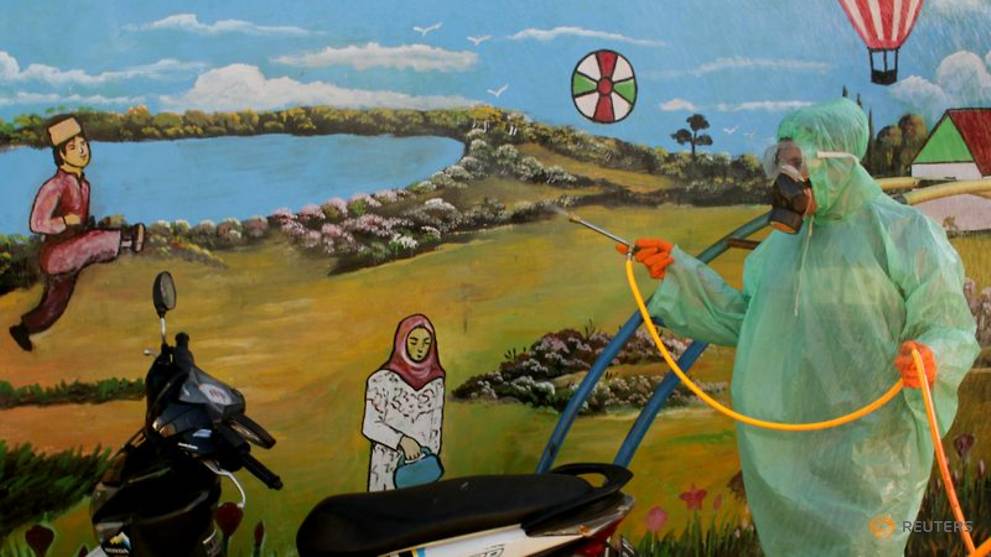 JAKARTA: Indonesia’s government faced increasing calls to tighten restrictions on movement as deaths from COVID-19 rose by 12 to 114 cases on Sunday (Mar 29) in the world’s fourth most populous nation which has so far resisted blanket lockdowns.

With 1,285 infections also confirmed in the nation of 260 million people, a hashtag translating as #LockdownOrDie trended on social media, while politicians, doctors and rights leaders all urged stricter action, especially in the capital of Jakarta.

Chief Security Minister Mahfud said legislation is being prepared so regions can limit movements, but he has not explained when it would be ready or how far it would go.

In Jakarta, police were planning road closure simulations in readiness. The city of 10 million has already shut schools and public spaces until Apr 19.

Budi Setiyadi, a transportation ministry official, told Reuters the government was “regulating” for the setup of checkpoints at the city’s access points.

Syafrin Liputo, Jakarta transportation agency chief, said a potential quarantine would be discussed on Monday by central government and could encompass Jakarta and surrounding areas, affecting around 30 million people.

There have been 68 deaths and 675 infections in the capital.

“There are a lot of people who have called on the central government to put in place a lockdown policy, especially in epicentres,” said Halik Malik, spokesman of the Indonesian Doctors Association.

President Joko Widodo has encouraged social distancing but questioned whether Indonesians have the discipline for lockdowns, in contrast with other nations in Southeast Asia such as the Philippines, Malaysia and Thailand.

China, where the coronavirus originated, placed some 500 million people under restrictions at one point, while India has ordered a lockdown of its more than 1.3 billion people.

Of major concern is whether the virus will spread during the “mudik” when millions of Indonesians traditionally leave cities for hometowns after the Muslim fasting month of Ramadan in May.

The city of Tegal, which like Jakarta is on the densely populated island of Java, said it would impose some restrictions from Monday. The eastern province of Papua closed airports, sea ports and land borders on Thursday, but was ordered to reopen them by the central government.