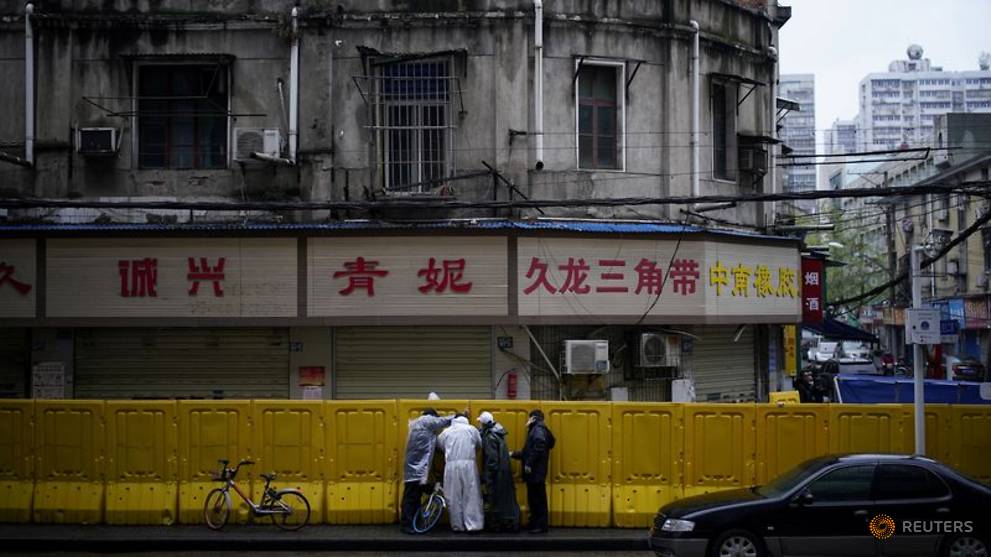 WUHAN, China: The bright yellow barricades snake through the streets of Wuhan, dividing up the epicentre of China’s coronavirus outbreak into segments that can be easily monitored for people disobeying orders to stay home.

Separating neighbours and blocking shuttered shops, the roughly two-metre tall plastic barriers are a common sight in the car-manufacturing city of 11 million people which was locked down and forced into mass quarantine in late January.

China was widely accused of delaying its response to the disease when it first emerged in December but has since won praise from the World Health Organization for securing and sealing off affected areas.

The ruling Communist Party in Beijing used draconian measures to fight the virus across the country, but the strictest were saved for Wuhan.

Residents were ordered to stay in their apartments, with tight rules for anyone having to leave. The barriers are used to create guarded, single exit and entry points for each neighbourhood.

Infections in the city, where the virus is believed to originated in a seafood market, account for the majority in China.

The world’s most populous country registered a total 81,439 infections on Saturday, the health authority said. Some 3,300 have died.

“It looks like a battlefield and it is a battlefield. Whether you realise it or not, you are involved,” said Qu Zhixiang, 54, as he sat outside his steel products shop outside one of these walled up neighbourhoods.

“I have lived for more than 50 years but I have never experienced anything like this,” he said, his voice cracking with emotion.

Two months on, those measures are widely believed to have worked as the number of new cases has sharply dropped in recent weeks, raising hopes that the barriers can finally come down.

READ: COVID-19 cases in Wuhan may drop to zero by end-March, says China

Wuhan started to allow people to enter the city this week and will lift its lockdown on Apr 8. But the barricades are expected to stay a little longer.

Some residents were exercising or taking strolls behind the barriers on Sunday, with one teen, in a surgical mask, showing off his skateboarding skills. One woman carrying a plastic shopping bag was sneaking through a gap in the barriers.

None knew when the barricades would come down but one woman, who only gave her surname as Zeng, said it had been a long time coming.

“When they are removed, it will show that we in Wuhan have gained victory over the virus, that we have won,” she said.