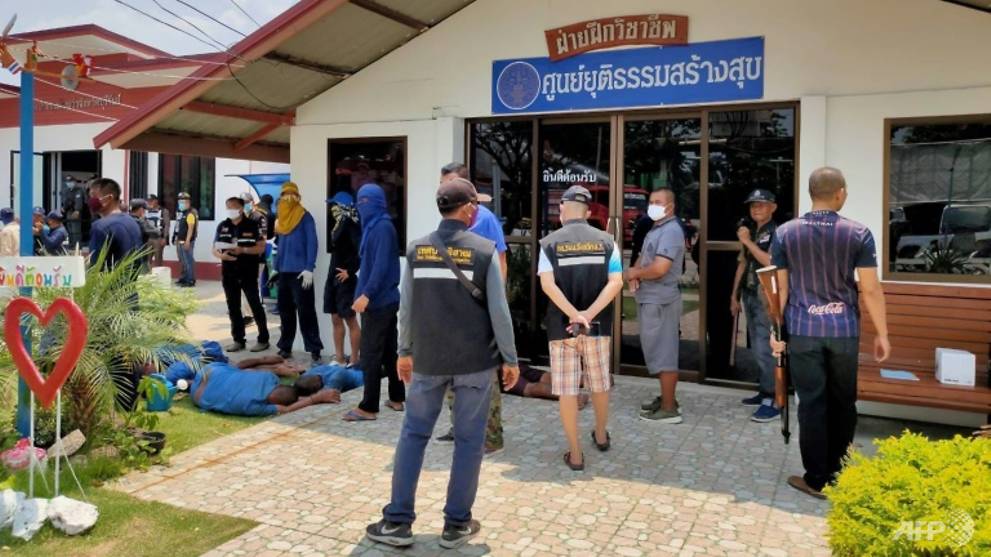 BANGKOK: Dozens of prisoners broke furniture and smashed windows during a riot in a Thai jail on Sunday sparked by fears of a COVID-19 outbreak in the facility.

During the violence some convicts escaped from the Buriram prison where 2,000 inmates are held, the justice ministry said. Seven have been arrested.

Local media showed footage of black smoke billowing from the facility in the country’s northeast.

“There was a group of prisoners trying to escape and were creating chaos … which included burning down some facilities inside,” said Narat Sawetana, director general of the Corrections Department.

Justice Minister Somsak Thepsutin confirmed that a group of inmates sentenced to life had started “agitating” other prisoners with rumours of a virus outbreak.

“The fact is that none of the prisoners in Buriram were infected. They only started this rumour to find some supporters,” the minister said, adding that the cafeteria and visiting areas were among the facilities torched.

Mental health workers were later deployed to assuage prisoners “after some rumours were spread” about a COVID-19 outbreak, Major General Akkaradej Pimonsri said.

“The situation is under control,” he added.

Thailand has recorded 1,388 cases of the coronavirus, including seven deaths.

At least two prisoners in the country have caught the highly contagious virus.

In a bid to prevent outbreaks in jails, authorities have banned visitors and are quarantining new inmates for 14 days.

Similar panic over COVID-19 sparked a prison riot in the Colombian capital of Bogota last Sunday that killed 23 inmates.