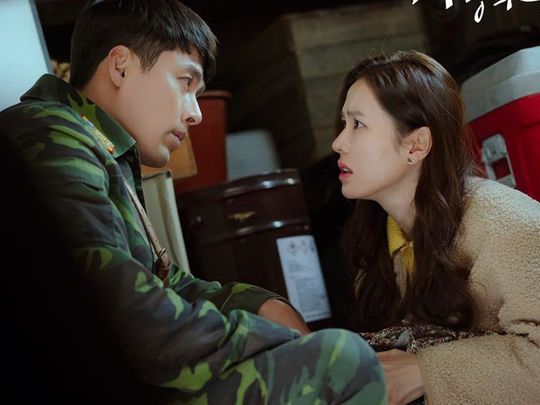 K-Dramas, short for Korean dramas, have been booming since the early 2000s. If you’re looking to find a series to get lost in while social distancing, here’s a list to choose from:

Based on the webtoon of the same name, ‘Itaewon Class’, has become immensely popular since its premiere. Its high viewership ratings in Korea made it the second highest-rated drama in cable channel JTBC’s history, after drama ‘Sky Castle’, according to Nielsen Korea.

The 16-episode series revolves around a young man (played by Park Seo-jun) who is determined to bring down the owner of restaurant franchise giant, Jang Ga Group, and his son — both of whom are connected to his father’s death. He opens his own restaurant, DanBam, in the vibrant Itaewon neighbourhood and strives for success in the unjust world with his team.

Not only does it feature Kwon Nara, a former member of K-Pop group Hellovenus, but BTS singer V has lent his voice to the self-composed song ‘Sweet Night’ for the drama.

2. Crash Landing On You

Starring prominent actors Hyun Bin and Son Ye-jin, the hit 16-episode romance drama is still one of the most-watched Korean series on Netflix in the UAE at the time of writing.

Part of its success is reportedly credited to its realistic and well-researched portrayal of North Korea. The finale of ‘Crash Landing On You’ recorded the highest viewership rate for a tvN drama, making it the cable channel’s highest rated drama to date, according to Nielsen Korea.

‘Dream High’ enjoyed popularity in Korea and across Asia — even garnering pre-release attention — for its idol-focused cast: miss A’s former member Bae Suzy, T-ara’s Ham Eun-jung, IU and 2PM’s Wooyoung and Taecyeon. Actor Kim Soo-hyun is the only main lead who is not a K-Pop idol in real life.

The hit 2011 musical drama tells the story of six students who work to achieve their dreams of becoming K-Pop stars at a prestigious performing arts high school. It’s a heartfelt, feel-good series, so grab some popcorn and fangirl/fanboy away.

Girls’ Generation member YoonA is a prolific actor in the Korean entertainment industry, having secured top roles in various dramas. ‘Love Rain’ tells the story of a couple’s love, loss and unexpected reunion set in two different periods, in the 1970s and 2012.

The award-winning star received praise for her natural acting in the 2012 romantic drama, which won her the Netizen Award at the 2012 KBS Drama Awards in Korea.

Set in the fictional upper-class residential community, the television series tells the story of four housewives who go to great lengths for their children’s success. The black comedy is centred around parenthood and the country’s competitive educational system. It features a star-studded cast, including Chani from K-Pop boy group SF9.

‘Sky Castle’ holds the record for the highest viewership for a drama not only for JTBC but for any Korean cable network.

‘Love Alarm’ is centred in an alternate reality where an application by an unknown developer alerts people if someone within a 10-meter radius has romantic feelings for them.

It stars popular Korean actress Kim So-hyun, who plays a young and hardworking student caught up in a love triangle while dealing with her own personal adversities. In addition to young love, it covers other themes such a data protection and privacy in a social media-driven society.

Due to the drama’s popularity, Netflix’s first Korean original series based on a webtoon of the same name by Kye Young-chon has been picked up for another season.

7. Guardian: The Lonely and Great God

There are many reasons to watch ‘Guardian: The Lonely and Great God’, from Gong Yoo’s charismatic looks, Kim Go-eun’s admirable acting to the series’ storyline, production and performances as well as its star-studded supporting roles that includes BTOB member Yook Sung-jae.

The award-winning romantic-fantasy drama was written by Kim Eun-sook, a big-name screenwriter behind the success of hits series ‘The Heirs’ (2013), ‘Secret Garden’ (2010) and ‘Descendants of the Sun’ (2016).

The 2019 coming-of-age drama is about an 18-year-old high school student, played by K-Pop star Ong Seong-wu, who comes out of his shell as he faces new ordeals and first love in his new school.

‘Moment of Eighteen’ is a love story that explores young romance, the struggles teenagers face and everyday dilemmas of school. Alongside Astro’s Moonbin, it’s the former Wanna One member’s first lead role and acting debut in a series. Prepare to be swooned by his charms and his impressive acting skills.