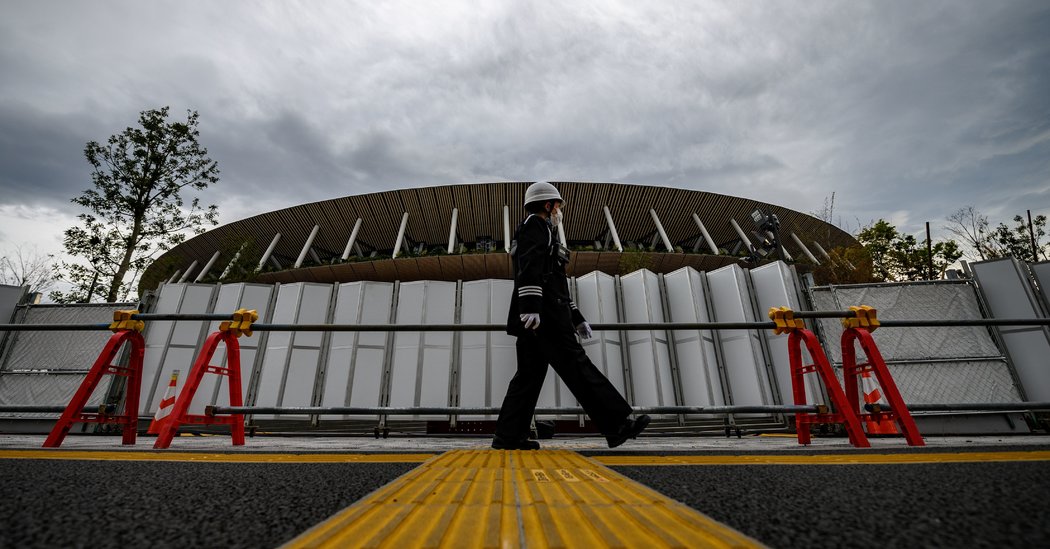 LONDON — The Summer Olympics in Tokyo, postponed because of the coronavirus pandemic, will likely open on July 23, 2021, according to people familiar with the matter.

The International Olympic Committee and Japanese organizers last week bowed to widespread pressure among athletes, sports federations and national Olympic committees and agreed to postpone the Games to 2021, but left the new date in question. The opening ceremony of the Games had been scheduled for July 24.

The I.O.C. said a final decision could come in weeks, but it is now much more likely to be announced earlier, according to the people, who spoke on condition of anonymity because of guidance issued by the I.O.C. The Japanese state broadcaster NHK on Saturday also reported the July 23, 2021 date as the new target.

The I.O.C. will convene an emergency meeting of its decision-making executive board on Sunday to discuss the decision.

Mark Adams, a spokesman for the organization, gave a one-word answer, “speculation,’’ when asked about the new date on Saturday.

The decision to pick an almost identical date to this year’s event is not particularly surprising, given the challenges to squeeze the Olympics in an already packed sporting calendar. It also is the best time for the U.S. broadcaster, NBCUniversal, which pays more than $1 billion for the U.S. media rights to each Olympic Games.

But it means the Games will still take place during Tokyo’s hottest time of the year, an issue that was already causing worry and complications. The Olympic marathon was moved to a northern, cooler city after an outcry and organizers had planned several steps to try to keep fans and competitors cool.

Some federations, including those representing swimming, table tennis, triathlon and equestrian, on a call earlier this week with Thomas Bach, the I.O.C. president, had voiced a preference to hold the Olympics in the spring. That, though, would have led to a clash with the season for major soccer leagues and many of the richest U.S. sports leagues.

The I.O.C. also wanted to be sure to steer clear of the European soccer championships, which are being moved to 2021 and usually take place in June.

The road to perhaps the biggest obstacle was cleared when the head of global track and field’s governing body, Sebastian Coe, announced that he was open to moving the athletics world championships set for next summer in Eugene, Oregon. Coe went further than that Friday, telling a group of reporters that moving World Athletics’s main event to 2022 may in fact be beneficial.

“It would offer athletics center stage at a very public point of the year,’’ he added. “So let’s look at it from a slightly optimistic way of being able to punch our sport into the homes of many more people over a four-year consecutive cycle.”

Bach, who has endured much criticism over his handling of the crisis, described reorganizing the Games as a “ huge jigsaw puzzle.”

Among the issues organizers face are contracts worth billions of dollars with broadcast partners and sponsors as well as how to secure venues and maintain key infrastructure that would need to be mothballed for an extra year.

“A Games has never been postponed before,” Bach said. “We have no blueprint, but we are nevertheless confident we can put a beautiful jigsaw puzzle together and will then in the end have a wonderful Olympic Games.”

The traditional July-August date means the I.O.C. will likely be able to call on the presence of top players from the worlds of soccer, tennis and golf, some of the biggest names in global sport and a big attraction for television audiences.

Once a date has been set, the next challenge will be to reorganize qualification competitions that had been disrupted by the coronavirus. Bach said athletes who have already qualified will be guaranteed a place for 2021.

The I.O.C.’s preference for next summer was made clear when a day after the postponement was declared, John Coates, the Australian who heads its commission responsible for the Tokyo Games, that there was a preference for the July-August dates, according to an interview he gave to Japan’s Yomiuri newspaper.