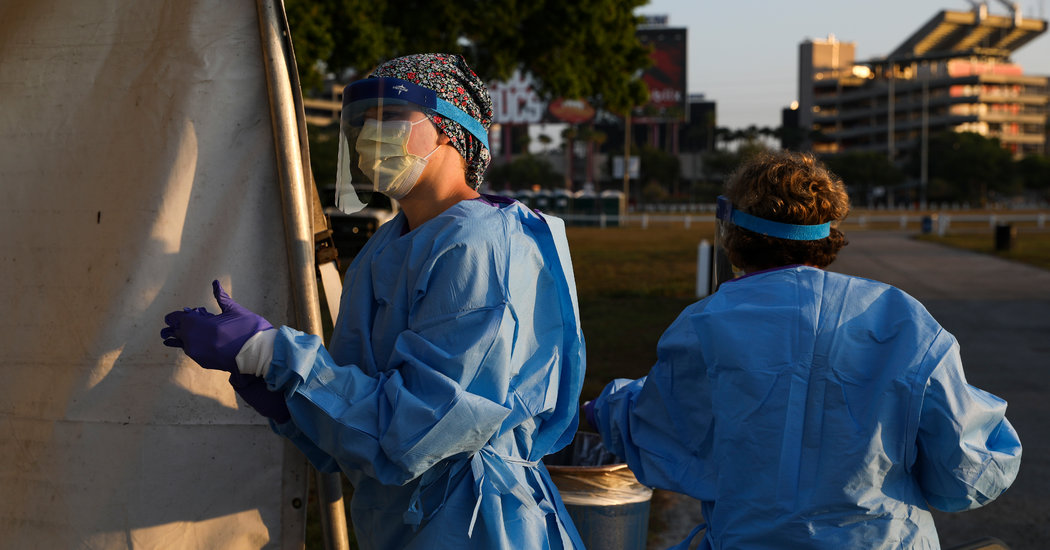 “I will say that the information space is ever-evolving,” she said. “It’s been very fluid, and China’s approach to it has been as well.”

In Africa, for example, Beijing’s diplomatic accounts tried for a couple of days to amplify the conspiracy theories pushed by Mr. Zhao. But since March 15, the propaganda in Africa mostly praises Chinese efforts. Ms. Gabrielle said her teams had seen similar shifting patterns in China’s messaging in Italy and elsewhere in the West.

China’s own initial failures in fighting the virus prevented its government from mounting a propaganda campaign of simply promoting its own achievements, forcing it to embrace Russian-style disinformation, said Matthew Kroenig, a former C.I.A. official and the author of a new book on the growing competition between China and the United States, “The Return of Great Power Rivalry.”

“Part of the reason the Chinese are copying the Russian playbook is because they mismanaged the crisis,” Mr. Kroenig said. “But they are also learning from the Russians.”

Russia’s public messaging about the coronavirus has been reserved, prompting some American officials and experts to conclude that Moscow, uncertain of how the pandemic will play out, had decided to hedge its public message by avoiding conspiracy theories that could blow back on the Russian government.

Still, Russia has shifted its propaganda efforts in Europe and elsewhere to focus on the virus, spreading conspiracy theories about it, according to the European Union’s disinformation unit, which has tracked it.

The North Atlantic Treaty Organization has been a target of the Russian effort. The Lithuanian government believes Moscow was behind a falsified account that an American soldier serving in the NATO force in Lithuania had tested positive for coronavirus, a Lithuanian official said. Since then, Russia has spread other disinformation in Lithuania and in other countries in the Atlantic alliance.

The Russians’ tactics have a canny circularity, Ms. Gabrielle said. They push out a false message, which the Chinese and Iranians pick up and promote, and then Russian actors will repost the Chinese or Iranian versions of the message to make it seem like new information that had originated independently elsewhere.