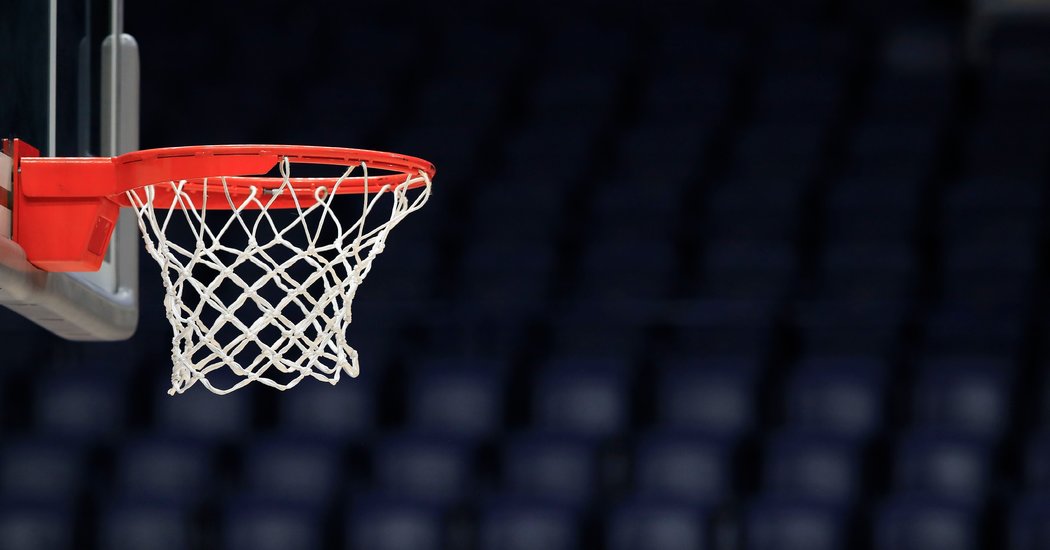 College athletic departments got their first indication of how the coronavirus pandemic might hurt their bottom lines when the N.C.A.A. announced on Thursday that it would slash its distribution of men’s basketball tournament revenue by about $375 million, a cut of nearly two-thirds.

The N.C.A.A. board of governors voted to distribute $225 million — instead of the $600 million that had been budgeted — to 32 conferences. The payout comes from revenue generated by the lucrative Division I tournament, which was canceled on March 12, three days before the 68-team bracket was to be unveiled.

There remains uncertainty about how each university will be directly affected by the loss of tournament revenue, which is calculated by a byzantine set of formulas that reward each conference’s performance over the previous six seasons. For each college in the powerful Atlantic Coast Conference, the annual payout can amount to nearly $5 million, while schools from low-profile conferences that are regularly eliminated in the first round get far less.

Still, several athletic directors said Thursday that they welcomed some certainty about the severity of the cut.

“It’s a little bit of a gut punch, but we knew this one was coming,” said John Hartwell, the athletic director at Utah State. “The good thing is we can quantify it and move on.”

Hartwell said that his school had been expecting about $1 million from the Mountain West Conference’s share of the N.C.A.A. tournament pie, and that it would have to make do with about $400,000. Some of that shortfall will be offset by travel savings from the cancellation of spring sports, such as track and field, softball, golf and tennis. And if the football season begins on schedule in September, Utah State can probably weather the financial hits that are coming now.

For schools that do not play football, which can offer another source of income through TV contracts, Thursday’s announcement may be more significant.

Andy Fee is the athletic director at Long Beach State, which has a national champion men’s volleyball program but dropped football nearly 30 years ago. He suggested that it was in the best interest of Power 5 schools — those, such as Ohio State and Texas, that had revenues of more than $200 million last year — to allow mid-major schools a greater share if that would protect them from having to eliminate sports. Teams from those smaller schools end up on the schedules of the Power 5 schools in a variety of sports.

“We’re curious how the mid-major world is going to be seen by the N.C.A.A.,” Fee said. “We make decisions on a lot different parameters than football schools. We don’t have a lot of excess. We can’t say, ‘We’re not going to charter flights for our basketball team.’ We’re hopping on Southwest and looking for the best deals.”

He added: “You’re cutting into muscle in terms of our program.”

Michael Drake, the president of Ohio State and the chairman of the N.C.A.A.’s board of governors, said in a statement released by the N.C.A.A. that the organization was undergoing cost-cutting measures that would be announced later. The statement also said that the payout would happen in June — about two months later than originally scheduled — and that it would come from $50 million in reserves and from a line of credit that will be paid off within 12 months by a $270 million event-cancellation insurance policy on the men’s basketball tournament, which generated more than $1 billion last year.

“As an association, we must acknowledge the uncertainties of our financial situation and continue to make thoughtful and prudent decisions on how we can assist conferences and campuses in supporting student-athletes now and into the future,” Drake said.

The next decision facing the N.C.A.A. members will come soon enough. On Monday, the organization is expected to vote on whether to award an additional season of eligibility to athletes in spring sports — a decision that may be widely viewed as just, but that will force schools to grapple with other issues: the cost of additional scholarships, roster limits and whether to restrict the extra year to seniors.

On Thursday, though, some clarity emerged on one front.

“It feels more real,” said Boo Corrigan, the athletic director at North Carolina State, whose department had an $85.3 million operating budget last year. He had been expecting about $4 million from the N.C.A.A. distribution. “There’s a certain finality to it. The greater clarity you can have in moments like this the better.”