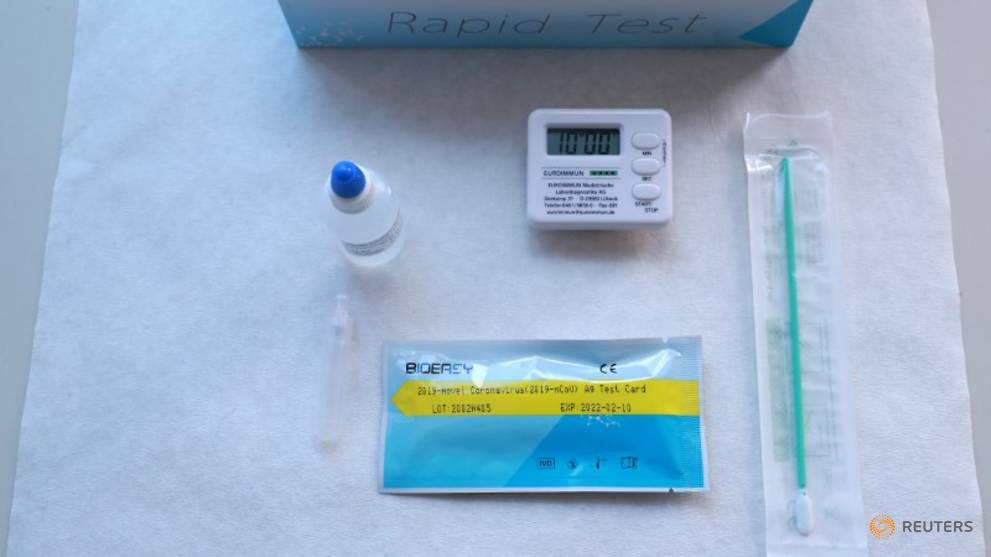 SEOUL, South Korea: Last year, South Korean biotech firm SolGent made diagnostic kits for 300,000 tests. Today, it is churning out more than that in a week, and production will further rise to 400,000 coronavirus tests next week.

That’s still not fast enough to meet surging demand for the kits from all over the world, especially the United States and Europe, where the coronavirus outbreak is spreading explosively, SolGent CEO You Jae-hyung told Reuters.

SolGent, which is one of the five firms that have received fast-track approval to make test kits for South Korea, is capitalizing on the country’s success in containing its outbreak to boost exports, with cases slowing down at home.

It parent, EDGC , is among the top performing stocks on the junior Kosdaq market, with shares jumping 151 per cent so far this year. SolGent is also speeding up a plan for an IPO next year, You said.

“The number of orders is simply astonishing. This is not something we have ever experienced before,” he said.

“Many of our employees are pulling off all-nighters and working on weekends.”

READ: US has most COVID-19 cases in the world

SolGent has even got offers from three US biotech firms to license its technology so that they can manufacture test kits in the United States, You said, adding nothing has been decided.

A massive testing campaign, coupled with intensive contact tracing, is credited with helping South Korea slow the spread of the disease, whereas the United States has been criticized for a slow response to the virus.

Despite shipping test kits to countries around the world and individual US states and private labs, no Korean firm has won US Food and Drug Administration (FDA) approval for emergency use, although SolGent and several others have applications pending, company officials have told Reuters.

Swiss firm Roche got Emergency Use Authorization from the FDA for its test kits earlier this month.

“The biggest hurdle when it comes to the United States is getting the FDA approval,” You said, saying the approval would expedite its exports to the US market.

“I have a glimmer of hope for US approval, but it remains to be seen whether President Trump will take action,” he said.

To cope with demand, another South Korean biotech firm, iONEBIO, is in discussion with a US company to begin production in Massachusetts next week, Chief Executive Kim Min-bae told Reuters.

Seegene, one of Korea’s leading makers of test kits in Korea, whose stock prices nearly tripled this year, is also considering outsourcing production to the United States or elsewhere, saying it is falling short of demand.

It has converted meeting rooms to produce test kits at its factory in Seoul, as it scrambles to scale up production capacity to more than 3 million tests a week in April, from about 500,000 tests a week in February.

The Los Angeles City Council and Los Angeles County Board of Supervisors said on Monday they jointly spent US$1.25 million on 20,000 kits from Seegene, and that the company had committed to providing 100,000 each week, in a pact to be worked out.