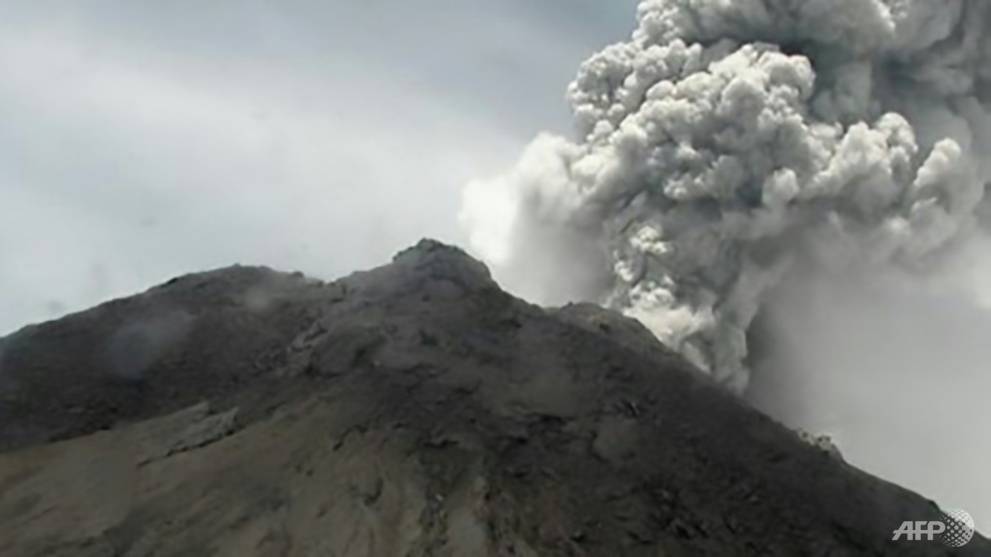 JAKARTA: Indonesia’s most active volcano Mount Merapi erupted Friday (Mar 27), shooting a column of ash some 5,000m into the air in its second major eruption this month.

Ash and sand covered areas several kilometres away from the peak of the rumbling crater near Indonesia’s cultural capital Yogyakarta.

But authorities did not raise Merapi’s alert level.

“There has been no reports of damage from the eruption. We urge people to stay calm and not panic,” national disaster mitigation agency spokesman Agus Wibowo said.

Merapi erupted earlier this month, shooting a massive ash cloud some 6,000m in the air.

That eruption coated Yogyakarta and neighbouring city Solo with grey dust and forced an airport closure.

Mount Merapi’s last major eruption in 2010 killed more than 300 people and forced the evacuation of 280,000 residents.

That was Merapi’s most powerful eruption since 1930, which killed around 1,300 people, while another explosion in 1994 took about 60 lives.

The Southeast Asian nation – an archipelago of more than 17,000 islands and islets – has nearly 130 active volcanoes.

It sits on the Pacific “Ring of Fire”, a vast zone of geological instability where the collision of tectonic plates causes frequent quakes and major volcanic activity.