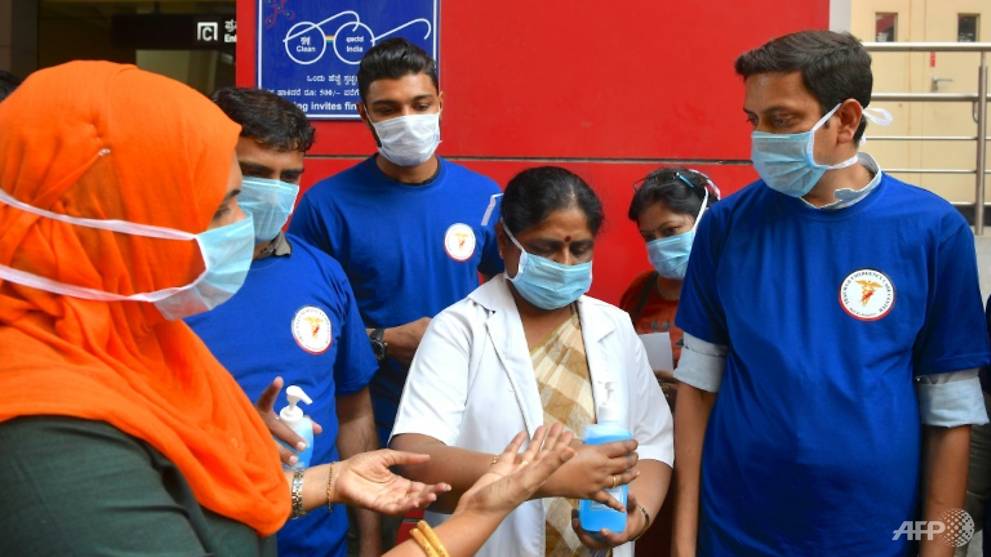 NEW DELHI: They have been hailed as India’s coronavirus “heroes”, but doctors, nurses, delivery drivers and other frontline workers have been attacked and in some cases evicted from their homes by panicked residents.

Some e-commerce giants have even halted deliveries partly due to the harassment of staff, while Prime Minister Narendra Modi said abuse of hospital workers had become a “huge issue”.

Reports of attacks and abuse have come from across India, increasing with the imposition this week of a 21-day nationwide lockdown. In at least one case, police were accused of beating a delivery driver carrying medicines.

Sanjibani Panigrahi, a doctor in the western city of Surat, described how she was accosted as she returned home from a long day at a hospital that is treating COVID-19 patients.

She said neighbours blocked her at the entrance to her apartment building and threatened “consequences” if she continued to work.

“These are the same people who have happily interacted with me (in the past). Whenever they’ve faced a problem, I’ve helped them out,” the 36-year-old told AFP.

“There is a sense of fear among people. I do understand. But it’s like I suddenly became an untouchable.”

This week, doctors at the All India Institute of Medical Sciences appealed to the government for help after health workers were forced out of their homes by panicked landlords and housing societies.

“Many doctors are stranded on the roads with all their luggage, nowhere to go, across the country,” the letter said.

Modi called on Indians to stop treating medical workers as pariahs, describing those fighting the virus were “god-like”.

“Today they are the people who are saving us from dying, putting their lives in danger.”

Health workers are not the only ones facing the brunt of the frightened population in an environment where misinformation and rumours are thriving.

Airline and airport staff, who are still being called on for evacuations of Indians stuck overseas and management of key cargo deliveries, have also been threatened.

Airline and airport staff, who are still being called on for evacuations of Indians stuck overseas and manage key cargo deliveries, have also been threatened.

Indigo and Air India have condemned threats made against their staff.

An Air India flight attendant told AFP her neighbours threatened to evict her from her apartment while she was heading to the United States, saying she would “infect everyone”.

“I couldn’t sleep that night,” she said, afraid to reveal her name over fear of further stigmatisation.

“I was scared that even if I did go home, would someone break open the door or call people to kick me out?”

Her husband had to ask the police for help.

Others have not been as lucky, the flight attendant said, with one colleague – who declined to speak to AFP – forced out of her home and now living with her parents.

“With all the fake news and WhatsApp forwards, they don’t know what is going on, so there’s this paranoia that makes them behave like this,” she said.

“Airline staffers are being stopped from entering their own residential premises by security guards,” he said.

“We also have families and children that we leave at home to help fellow citizens … The least we expect is for our colleagues to not be harassed and ostracised.”

The Walmart-owned group said it only resumed home deliveries after police guaranteed “the safe and smooth passage of our supply chain and delivery executives”.