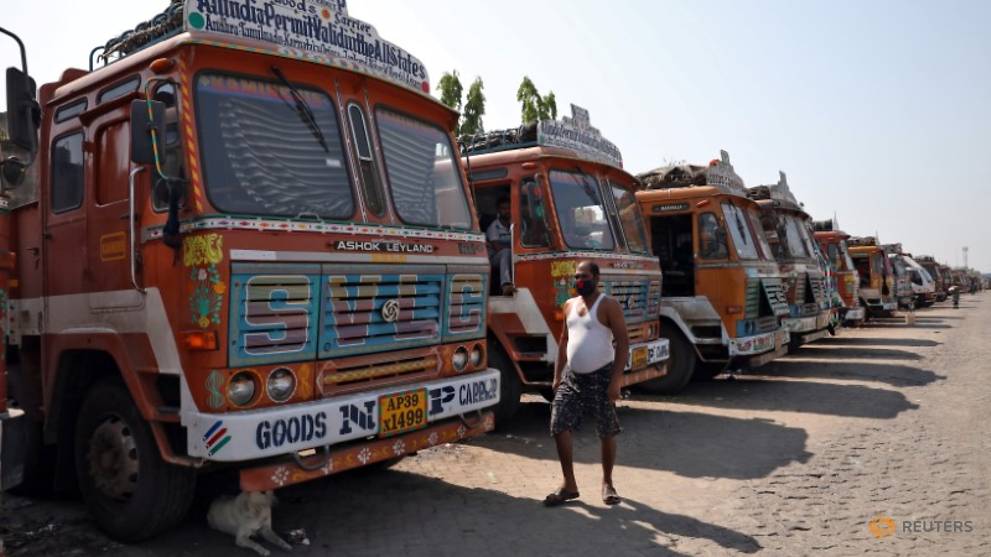 KANUR, India: A three-week lockdown in India aimed at stopping the coronavirus is preventing perishables from reaching its teeming cities, pushing up prices and forcing some farmers to feed their ripening produce to their animals instead.

The breakdown in the supply chain is especially hurting hundreds of millions of rural and urban poor in the world’s second-most populous country, which is facing a spike of coronavirus cases with more than 700 infections and 17 deaths as of Friday (Mar 27).

“The police are not allowing farmers to transport vegetables to the city market,” said farmer Vijay Rajpure from Kanur village, about 240km southeast of Mumbai.

On Tuesday, Prime Minister Narendra Modi locked down the entire country for three weeks in the world’s most ambitious bid to control the coronavirus epidemic.

Tomatoes grown on half an acre of Rajpure’s land have been ripe for harvesting since early this week, but he has instead been feeding some of them to his sheep.

Fellow villager Ashok Salunkhe said he had stopped transporting vegetables to Mumbai in his small vehicle because he was fed up with the numerous check-points and police harassment since the lockdown came into force.

The other problem was that most diesel pumps were shut, he said.

As a result, Nita Suryawanshi, who lives on the outskirts of Mumbai, is having to pay 90 rupees/kg for tomatoes, nearly three times the price before the curbs.

But even then, supplies of vegetables were insufficient, she said.

India relies on truckers to move commodities from the countryside and ports to its cities. But the virus has made many drivers to flee back to their villages.

“The drivers are mostly from rural areas, where only a few coronavirus cases have been reported compared to urban areas,” said Pravin Paithankar, president of the Maharashtra Heavy Vehicle and Inter-State Container Operators’ Association.

“This is prompting them to move to their native places. They are unlikely to come back until the end of May. The scarcity of drivers will remain.”

The shortage of drivers was also contributing to delays in loading and unloading at India’s largest container port, JNPT, on the outskirts of Mumbai, its chairman Sanjay Sethi said.

That could weigh on supplies of edible oils, nearly two-third of which comes from overseas, said an edible oil refiner in the central city of Indore.

“If things are not sorted out in a week or two, there could be a shortage of edible oils in some areas,” said the refiner, who declined to be identified.