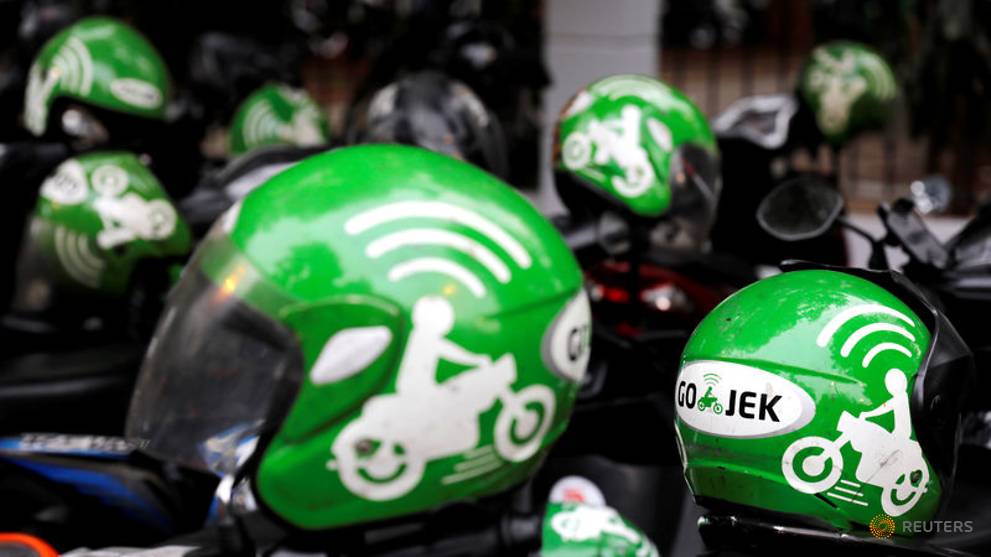 For the motorcycle taxi driver, the city’s gridlock was a sign that it was bustling with workers looking for the fastest ride to and from work.

But the COVID-19 pandemic changed everything.

For the last two weeks, most offices in the Indonesian capital have asked their employees to work from home. Meanwhile, stores and shops have decided to close temporarily due to poor business.

“There were some days when the money I made was only enough to buy gas,” he bemoaned.

The situation is compounded by fears of being infected.

Every order means going to a restaurant, standing in a queue along with other people and taking orders to an unfamiliar neighbourhood.

On the rare occasion when someone hires Mr Riady for a ride, there is always a chance that he is in close proximity with an infected person.

To make matters worse, he has been struggling to find surgical masks and hand sanitisers since Indonesia announced its first COVID-19 cases on Mar 2.

“The situation right now is very worrying. But what else can I do? I have to feed my family,” Mr Riady told CNA.

Before the outbreak, the motorcycle taxi driver was usually out on the road at 6am. By 10am, he would have transported up to four passengers to their respective offices, earning as much as 30,000 rupiah per trip.

Mr Riady said he usually lingered near office buildings downtown in the hope of getting hired by office workers who had to go to another part of the city for appointments.

“By 3pm, I would have earned enough money for the day and headed home,” he recounted.

Now, he waits near restaurants during lunch hour, hoping to score a few food deliveries.

“I normally don’t do food deliveries. You can spend 15 minutes to half an hour waiting for the food to be prepared and the delivery distance is usually very short so I can only get 10,000 rupiah per delivery, sometimes as little as 5,000 rupiah,” he told CNA.

Mr Riady said with the riders desperate to land an order, competition has been intense, forcing those in the industry to work longer hours.

“Sometimes I don’t go home until midnight, hoping there would be one or two people ordering late night snacks,” he said.

The long hours are starting to take a toll on his health and Mr Riady is worried that it would make him more susceptible to COVID-19.

Mr Igun Wicaksono, chairman of the motorcycle taxi driver association (Garda) said the dire situation is not unique to Jakarta.

“Motorcycle taxi drivers in all major cities across Indonesia have reported a sharp decline in income,” Mr Wicaksono told CNA.

“Deep down, we are very worried about our health. We realise how vulnerable we are considering the number of people we meet in our line of work. But we have no choice,” he said.

“I hope the government and ride-hailing companies realise how vulnerable we are and take actions like providing us with free masks and sanitisers, set up disinfection stations where we can clean our motorcycles and gear, or give us priority for rapid tests.”

In response to CNA’s queries, ride-hailing companies Go-Jek and Grab said they have taken a number of steps to ensure drivers’ safety.

This includes distributing free surgical masks, hand sanitisers and spraying vehicles with disinfectant fluid in a number of cities across Indonesia.

Go-Jek has urged passengers to carry their own helmets and protective gear, while discouraging the use of cash to minimise physical contact and chances of infection.

The company is also urging users to tip more, increasing the tipping limit from a maximum of 25,000 rupiah to 100,000 rupiah.

Meanwhile, Grab said it has established a protocol for food deliveries, requiring drivers to drop off the orders outside the doors or at specific locations to avoid physical contact.

“If it is unavoidable to use cash, consumers are advised to place the amount in an envelope, leave it where the food order is, and take three steps back to allow delivery-partners to check the payment without coming into contact,” a Grab spokesperson said.

READ: COVID-19 self-isolation is punishing the poor in Indonesia, a commentary

Mr Wicaksono of the motorcycle taxi driver association said his group has also come up with a number of guidelines, such as advising drivers against bringing their jackets, boots and helmets inside their homes. It is also discouraging mingling among those in the industry.

But not all drivers are following protocol.

Motorcycle taxi driver Muhammad Praharyanto said he is aware the association is discouraging drivers from taking passengers who do not carry their own helmets or masks.

“I just say my prayers and hope I was not carrying a sick person,” Mr Praharyanto told CNA, adding that he still accepts cash payments.

The 45-year-old also said he still mingles with fellow drivers although he is doing everything he can to avoid physical contact.

“It is the only time for us to catch up on the latest COVID-19 related news. We also share tips and strategies to cope with the current situation like which restaurants are popular with customers,” he said.

SOME FINANCIAL HELP IS ON THE WAY

Go-Jek also said it has set up a fund “to support drivers, merchants and other partners whose income has been adversely affected by economic slowdown caused by the COVID-19 pandemic”. However, the company is still working out how the fund would operate.

Grab said that it is working with a crowdfunding platform to provide donations to drivers and merchants in need.

“We are grateful for our partners who continue to work hard under these trying conditions to deliver food, groceries and other services to our users,” the spokesperson told CNA.

The spokesperson said that Grab is also providing financial assistance of between  1.5 million rupiah to 3 million rupiah to drivers should they be placed on government-mandated quarantine, or tested positive for the virus.

At the government level, it has promised to relax loan requirements, debt collections and late payment penalties for motorcycle taxi drivers.

But Mr Wicaksono of Garda said that the government’s initiative may take weeks to be fully implemented, while Go-Jek’s mask and sanitiser distribution and vehicle disinfecting initiatives were only once-off.

“We need a steady supply of masks and have our motorcycles regularly disinfected,” he said.

As of Friday (Mar 27), more than 1,000 people have been tested positive in Indonesia, while more than 80 have died in the outbreak.

Coordinating Minister Luhut Panjaitan said the government is mulling over the option of imposing a lockdown.

“We could suddenly decide (to lockdown) an area tomorrow or the day after,” the minister said on his Instagram account on Tuesday. “We can lockdown a village, a district, a city or a province and so on. (The option) is still being studied.”

Mr Riady said he has mixed feelings about a possible Jakarta lockdown.

“It seems a lockdown is the only thing which can stop the virus from spreading further. But I worry it will mean that I will have no income at all,” he said.