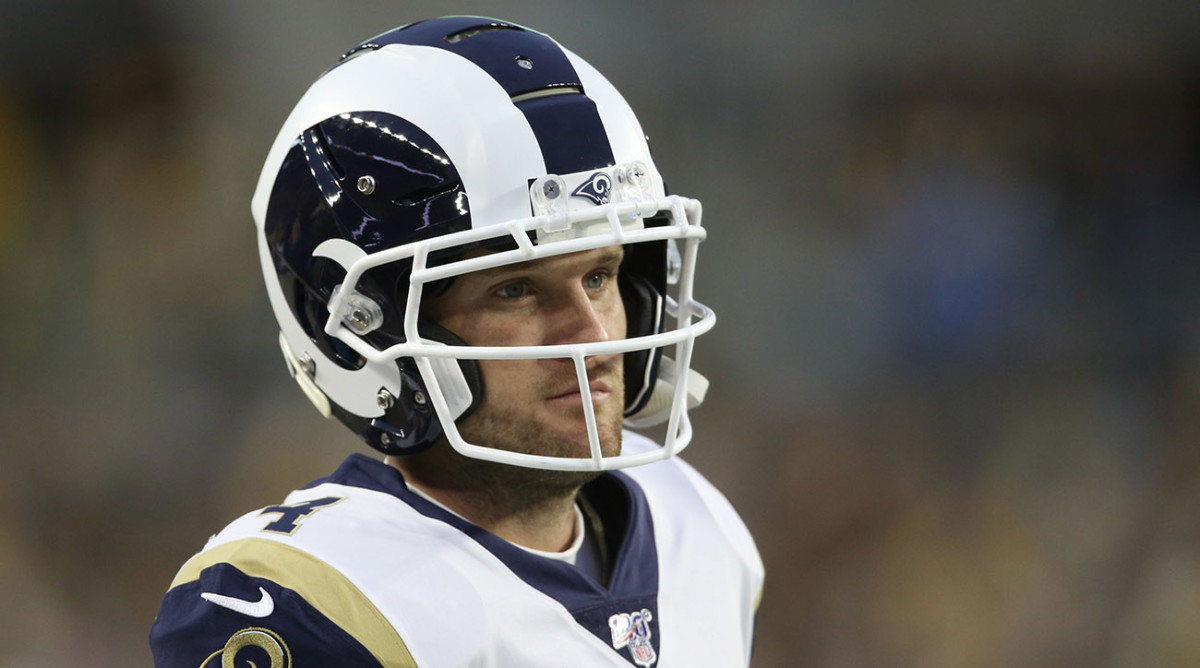 The Cowboys have agreed to terms with veteran kicker Greg Zuerlein, the team announced Friday.

Zuerlein was an unrestricted free agent, and although he’s spent the entire eight seasons of his career with the Rams, the team seemed hesitant to bring him back. The 32-year-old is coming off a down year in 2019 where he made 72.7% of his field-goal attempts compared to 87.1% in 2018 and 95.0% in 2017. Despite the decline in his numbers, Zuerlein did not miss any of his 42 extra-point tries.

Zuerlein, known as “Greg the Leg,” has been a crucial member of the Rams’ special teams unit and had the game-tying and game-winning kicks against the Saints in the 2018 NFC championship game to send L.A. to the Super Bowl.

Garafolo points out that Zuerlein will reunite with Cowboys special teams coach John Fassel, the former Rams coach who moved to Dallas’ staff this winter. Zuerlein will join kicker Kai Forbath, who the Cowboys re-signed to a one-year deal earlier this month, but Zuerlein is expected to get the starting job over Forbath.

Analysis from CowboyMaven’s Mike Fisher: At the moment Dallas brought in Fassel to be the special-teams coordinator here, there was the logical thought that he’d try to bring with him Rams kicker Greg Zuerlein. Then came the Cowboys’ decision to bring back, in an affordable way, the guy who rescued them at kicker late last year in Kai Forbath. But now? The free-agent market dried up for Zuerlein, so he comes to Dallas with a three-year deal—but more important, with a couple of million dollars in a guaranteed portion of that salary—that figures to give him a “leg up” in the competition. Considering the money, the track record and the relationships, it figures to be a kicking competition … but one Zuerlein will win.