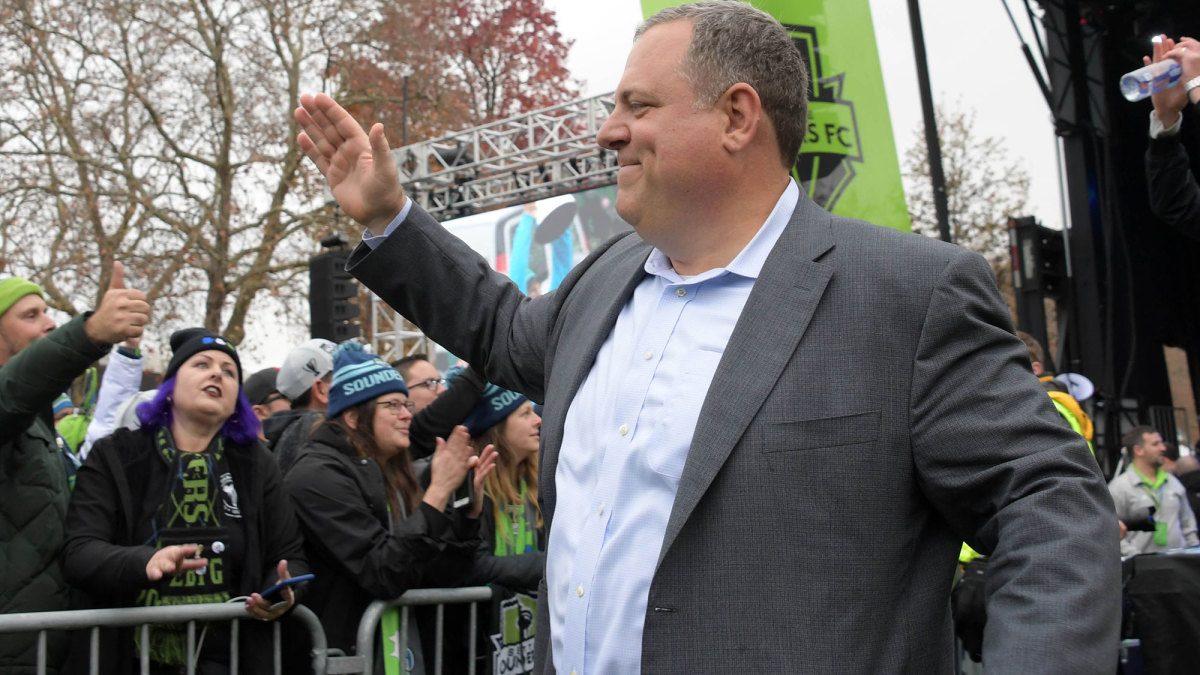 Garth Lagerwey, the general manager and president of soccer for the Seattle Sounders, is generally regarded as MLS’s top GM, having built the rosters that have won three MLS Cup titles and reached five finals in the last 11 years. But the challenges he and other MLS executives have faced in the past month have been unlike anything they have seen in their careers.

For Lagerwey and so many others, the coronavirus has been personal, too. Seattle was the first U.S. city hit hard by the virus, and Lagerwey’s mother-in-law lived across the street from the Life Care Center in Kirkland, Wash., where 37 people associated with the nursing home have died of the virus. She moved into the Lagerwey family’s house, and Garth self-quarantined in their above-garage apartment.

“She’s doing great,” Lagerwey said on the new Planet Fútbol Podcast. “There are many people with much bigger problems. We took the actions out of an abundance of caution, but everybody’s healthy, and we feel really lucky and blessed as a family.”

Because the virus hit first in Seattle, the Sounders were the first MLS team to announce the cancellation of a game. (Soon after, the entire league would suspend its season.) Lagerwey can remember exactly when the magnitude of the coronavirus—and Seattle’s leading-edge role in it—first hit him.

“When that moment came for me was one of the very first league-wide calls about this situation,” he said. “We were discussing training protocols and things like that. And we basically said, ‘Here in Seattle we can’t train. You guys don’t understand. Like, this is here. This is real. This is what we have to do.’ And it wasn’t that people disagreed or didn’t understand. It just hadn’t hit anywhere yet. It was in Seattle and not yet in New York. We were fortunate that people were willing to listen, and we did get taken seriously.”

MLS was one of the first pro sports leagues to suspend its season, not long after the NBA did. And while MLS might have had some advantages over leagues because it was still very early in its season, that doesn’t mean the decision-making process was easy for the league or for the clubs.

“This crisis has been totally unique, at least in my experience, insofar as this situation has changed every 12 hours,” Lagerwey said. “Twenty-four hours is too long a period. In 12 hours there might be a national press conference, there might be a local press conference, you might get a new league release. Another league might do something we’d have to consider. This evolves so quickly, and it’s been dizzying in some of the complexity of making tough calls here in real time.”

Lagerwey said the Sounders are doing several things for their players and their families right now. The team made care packages with a ball, some resistance bands and hand sanitizer that it gave every player. The team also gave workouts to the players.

“Probably the breakout star of our COVID-19 break has been Sean Muldoon, who’s one of our performance coaches,” Lagerwey said. “And more importantly, he has a daughter, a 2-year-old named Stella. So he would model all the exercises we wanted the guys to do and little videos, and Stella would participate. So you had both Sean’s version and Stella’s version, so the whole family could work out alongside each other.”

Lagerwey said at this point nearly everyone in Seattle knows someone who has tested positive for the virus, and he added that there has been a widespread sense that the community is in it together. That sense of community drives a lot of the supporters vibe around the Sounders as a club, and Lagerwey and so many others are looking forward to the day when it can return to CenturyLink Field.

“I think that after we all go through this that people are going to want to come back to concerts and sporting events and outdoor celebrations, especially here in Seattle in the summer when the weather’s nice,” Lagerwey said. “That could be a great source of renewal and joy to everybody. But the reality is that nobody’s sure right now, and nobody wants to jump the gun. The health and safety of our fans, our staff and our players are our No. 1 priority.”