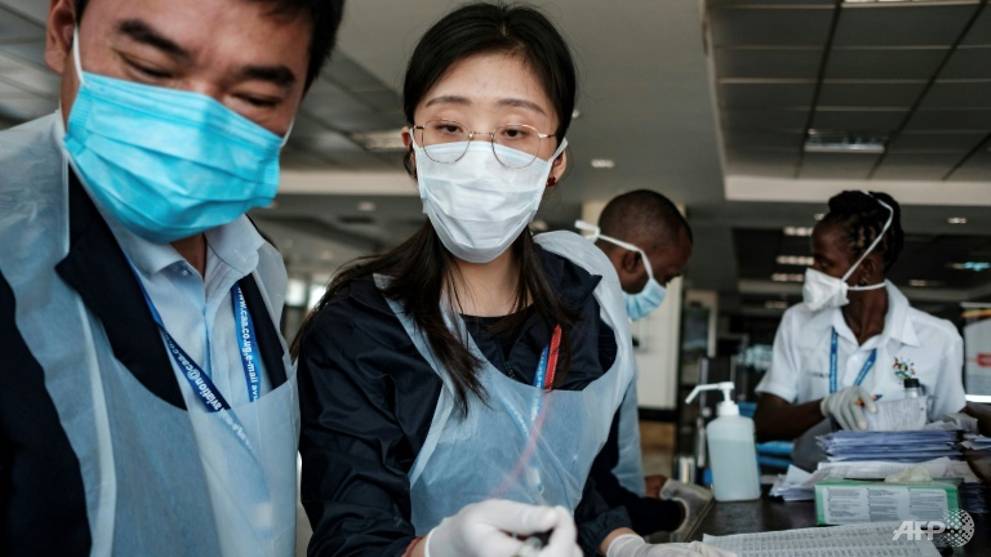 WASHINGTON: China has retreated from spreading conspiracy theories online in the developing world alleging US involvement in the coronavirus pandemic after finding limited traction, a US official said on Friday (Mar 27).

The State Department’s Global Engagement Center, which is in charge of analyzing and countering foreign propaganda, said China has shifted to praising its own successes in containing the virus and highlighting its delivery of aid abroad.

“We assess that the PRC official messaging in Africa shows that they may have abandoned that disinformation campaign specifically saying that coronavirus had originated in the US,” said Lea Gabrielle, the coordinator of the center.

“We’re also seeing something similar in the Western Hemisphere,” she told reporters.

She said that analysis of Chinese government social media postings from Mar 13-15 showed “mostly negative reactions” in Africa to the conspiracy theory.

Earlier this month a Chinese foreign ministry spokesman, Zhao Lijian, suggested on Twitter that the US military may have brought the new coronavirus to Wuhan, the metropolis where cases were first detected late last year.

The State Department called the conspiracy theory “ridiculous” and summoned the Chinese ambassador.

President Donald Trump later cited the episode for his controversial use of the term “Chinese virus” to describe the new coronavirus, which has sickened more than half a million people around the world.

Gabrielle said that China has also promoted on social media its accusation that Trump’s terminology is racist.

China has increasingly welcomed discussion of the epidemic, which constituted about 60 percent of its official social media postings in Africa in mid-March, up from no discussion at all in early January, she said.

China has made a “concerted effort” to build a social media following “to convince people that they’re acting responsibly in providing aid,” Gabrielle said.

She said Russia continued to be the major concern.

In assessments provided last month to AFP, the Global Engagement Center said thousands of Russian-linked social media accounts have run a coordinated campaign to undermine official narratives, including by alleging US involvement.