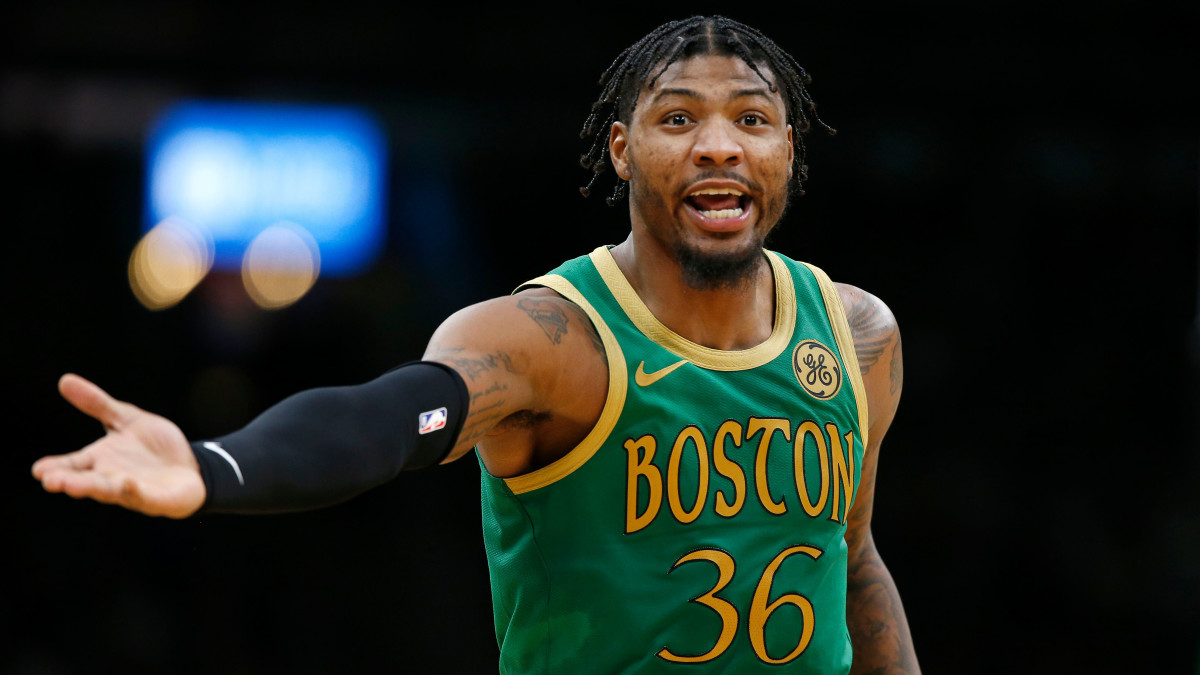 “Joking as always,” Stevens told local media. “We had a Zoom with the team, told the team we were going to give them their own space to hang out and have fun—and he told us to get off.

Last Thursday evening, Smart said in a video posted to social media that he had tested positive for the coronavirus, but was asymptomatic. At the time of his public announcement, he had been in isolation for “several days,” according to the Celtics’ statement on the situation.

“I’m O.K. I feel fine,” Smart said in his video announcement. “I don’t feel any of the symptoms, but I can’t stress enough practicing social distancing and really keeping yourself away from a large group of people.

Testing was “initiated because of exposure to a known positive case,” per the Celtics. Prior to the league’s stoppage, Boston had played the Jazz and Nets within a 10-day span. Both teams have had multiple players test positive for COVID-19, including Nets star Kevin Durant.

“I’m proud of how he kind of took the initiative to tell people that he had it and that he felt good and that he got online and just continued to ask people to practice social distancing and self-isolation right now,” Stevens said. “It’s a really unique, unsettling time for everyone.

“I think the seriousness was being driven home before we even shut down games. I think when people started talking about the media restrictions in the locker room and how close we could be when interviewing—we were all flying to Milwaukee that Wednesday after we played Indiana thinking we would probably play the Milwaukee game with no fans. But obviously that all changed during the Oklahoma City game. I think in a unique way that was a starting point for the whole country in recognizing that.”

It has been more than two weeks since the NBA suspended its season indefinitely. NBA commissioner Adam Silver said last week he’s optimistic the season could be salvaged in some form, but did not know the timing.

“When public health officials give us the O.K.,” Silver said.